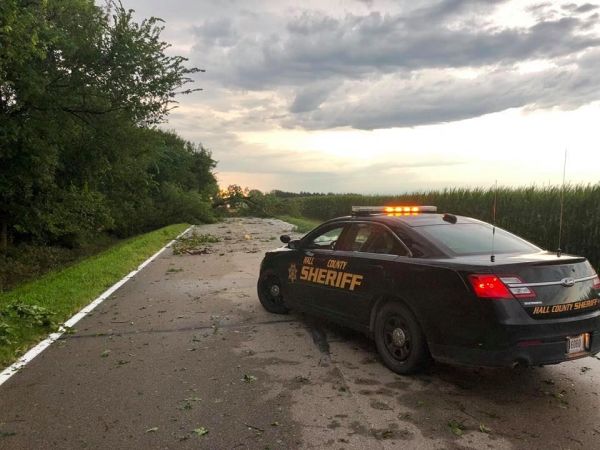 Grand Island, Neb. — The thunderstorm that moved through central nebraska overnight may have indirectly caused the death of a person. The Hall County Sheriff’s Department reports on its Facebook page that deputies responded at 3:30 a.m. to a crash in the area of Airport Rd and Burwick. A pick-up was East bound when it struck a downed tree from the storm. The driver was pronounced dead at the scene. The name of the driver is not being released at this time pending family notifications.

The Sheriff’s Office reports power lines and trees are down throughout Hall County.  The Sheriff’s office is advising citizens to avoid driving if possible.  They urge DO NOT cross downed lines and DO NOT try to remove trees near downed lines.