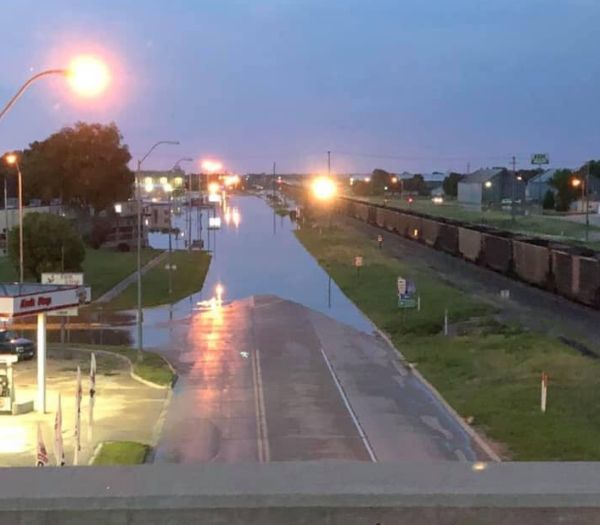 Flooding  starting in Gibbon.  According to the Gibbon Volunteer Fire Dept. north side of town is flooded as well as Hwy 30 is closed. 1st, 2nd and 3rd also has standing water on them use caution turn around don’t drown!

Warnings were issued after up to 9 inches (23 centimeters) of rain fell in some spots during storms that struck Buffalo, Dawson, Frontier, Gosper, Kearney and Phelps counties overnight Monday. Floodwater entered several communities, including Kearney, where several people were stranded in their homes or vehicles.

The National Weather Service says the Wood River at Alda is expected to crest Friday less than a foot below the record set on June 16, 1967. The service says the water will reach houses on the north side of town and cover U.S. Highway 30.

Floodwater also invaded the town of around 660 residents after the drenching March storms that hastened the snowmelt and caused widespread flooding in much of eastern Nebraska.

The Republican River expected to crest near its record Wednesday near Orleans, flooding mostly just farmland. The service says the town isn’t in the flood plain.