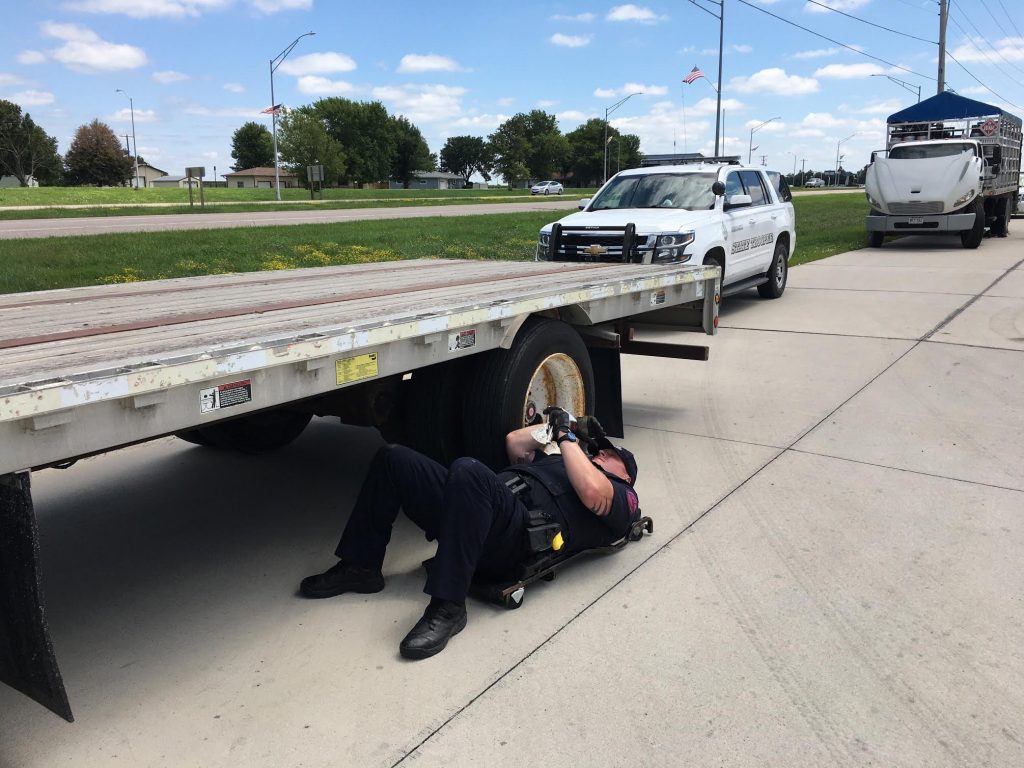 During the special enforcement effort, the Metropolitan Aggressive and Prevention Selective (MAPS) Team conducted 65 vehicle inspections. Troopers presented a CVSA (Commercial Vehicle Safety Alliance) sticker to 34 vehicles or trailers throughout the day, indicating the vehicle had no critical safety violations.

Troopers discovered 196 violations of the Federal Motor Carrier Safety Regulations and state law and took 33 vehicles or trailers out of service (not allowed to return to the road). Vehicles are placed out of service for a variety of reasons relating to bad brakes or tires, or other problems that pose immediate safety risks. Troopers also placed five drivers out of service for various driver violations.

The surprise inspections target commercial vehicles that might not travel outside the city or pass through weigh stations as part of their regular routes. Additional MAPS operations will be conducted throughout the summer.