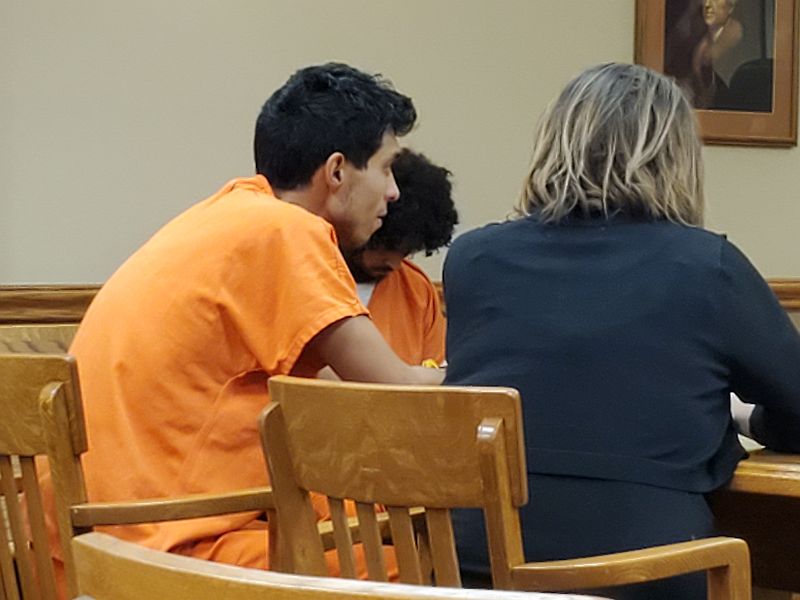 RRN/ Jorge Vasquez-Avila was arraigned in Dawson County Court Tuesday August 20, 2019. He was assisted at the hearing by a court interpreter.

Twenty-three-year-old Jorge Vasquez-Avila was arraigned in Dawson County Court Tuesday morning on charges related to the weekend death of a man who was found unresponsive in a downtown Lexington parking lot. The charges include Manslaughter, Possession of Methamphetamine and Possession of Drug Paraphernalia. County Judge Jeff Wightman advised Vasquez-Avila of a rights and that the maximum penalty for Manslaughter is 20 years imprisonment and there is no minimum penalty.

Vasquez-Avila is accused in the death of 22-year-old Hussein Nuri in the early morning hours of Saturday August 17, 2019. Nuri was a resident of Lexington. Judge Wightman set Vasquez-Avila’s bond at 10% of $100,000 and the public defender’s office was appointed to represent him. His next hearing is set for 11:00am on September 3, 2019.