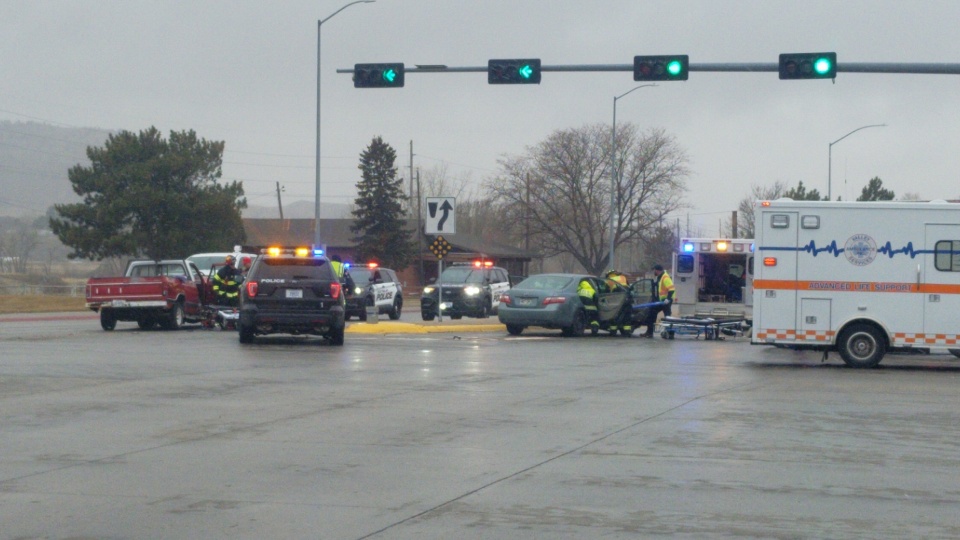 Eckerberg says investigators determined Kenneth Schooler, 61, of Gering was northbound on Broadway in a red Dodge pickup and while turning left to go west on South Beltline his vehicle collided with a south bound green Toyota Camry driven by Donald Bava, 66,  of Westminster, Colorado.

After that collision, the Dodge veered into the eastbound lane of South Beltline and struck a white Chevrolet truck driven by Mick Lookabill, 64, of Minatare.

Schooler and Bava were transported by Valley Ambulance along with a passenger in the Toyota, 59-year-old Shelly Bava, of Westminster Colorado. The occupants of the Chevrolet were not injured.

Schooler was cited for failure to yield the right of way and no seat belts.