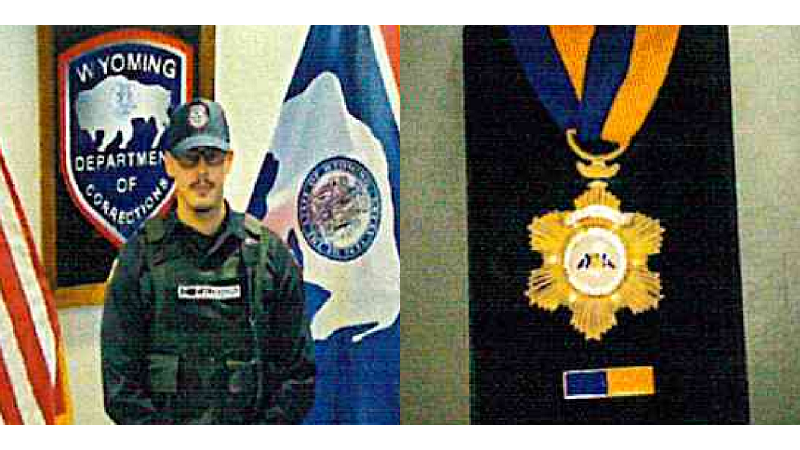 A correctional officer at the Wyoming Medium Correctional Institution in Torrington has been awarded a Medal of Valor from the American Correctional Association for exceptional bravery.

The Wyoming Department of Corrections Thursday announced Cullen Calderon of Scottsbluff had been selected for the honor for his actions Sept. 10, 2019, when he risked his own safety to prevent the loss of life, and was deserving of recognition for his courage.

WDC officials say Calderon, posted as the facility Recreational Officer, was in the west dining hall assisting with the midday meal when he saw one inmate begin to stab another shortly before noon. Officer Calderon advanced to the attacker and started wrestling the inmate to the ground, keeping the attacker’s hand with the weapon under control and maintaining what WDC officials say was absolute resolve in disarming the  attacker. Authorities say in doing so, Calderon prevented further injury to the other inmate, as well as the potential harm to other staff.

Officials say Calderon’s actions demonstrated the qualities of a leader and reflected his own high standards, upholding the highest traditions of the Wyoming Department of Corrections.