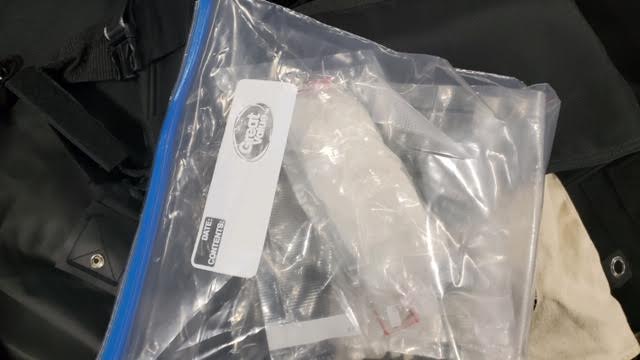 YORK COUNTY- On February 25, 2020 at approximately 2:35 p.m., a deputy with the York County Sheriff’s Office conducted a traffic stop near mile marker 355 on Interstate 80, on the westbound side.  While speaking to the occupants of the vehicle, 53 year-old Gina Stigman and 30 year-old Carlos Andrade of Loves Park, Illinois, the deputy noted multiple indicators of criminal activity and suspected criminal activity was present.

The deputy deployed his police service dog “Loki” on the exterior of the vehicle.  Loki indicated to the odor of controlled substances coming from inside the vehicle.  A subsequent probable cause search of the vehicle was conducted.  The search yielded marijuana, approximately 3 ounces of cocaine, and a large amount of United States currency.

Both Stigman and Andrade were arrested for possession of cocaine with the intent to distribute and possession of drug currency.  The suspects were originally held on a $250,000 bond.