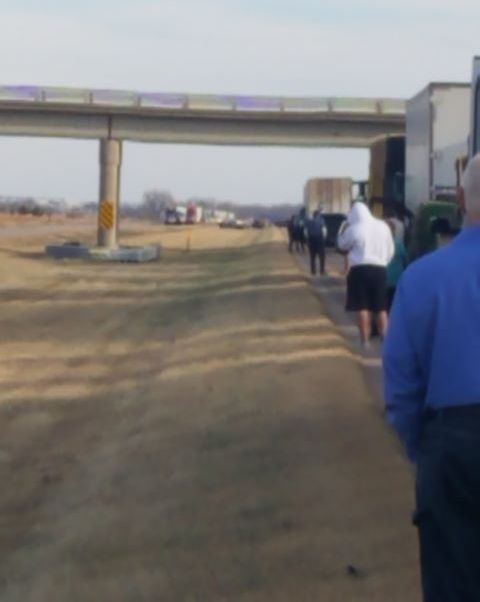 Courtesy/ Cassy Kvasnicka. Traffic was stopped for about an hour on Interstate 80 Tuesday afternoon November 5, 2019 as Nebraska State Patrol was making a traffic stop.

Traffic was stopped on Interstate 80 at Mile Marker 207 between Gothenburg and Brady in both directions for about an hour Tueday afternoon due to a traffic stop taking place by the Nebraska State Patrol. The driver of a vehicle refused to stop for law enforcement around 3:30pm and led them on a low-speed chase. The driver was taken into custody shortly before 4:30pm and eastbound traffic was allowed to resume. Westbound traffic opened up shortly before 5:00pm.

The driver of the vehicle was taken into emergency protective custody and transported to Great Plains Health in North Platte.