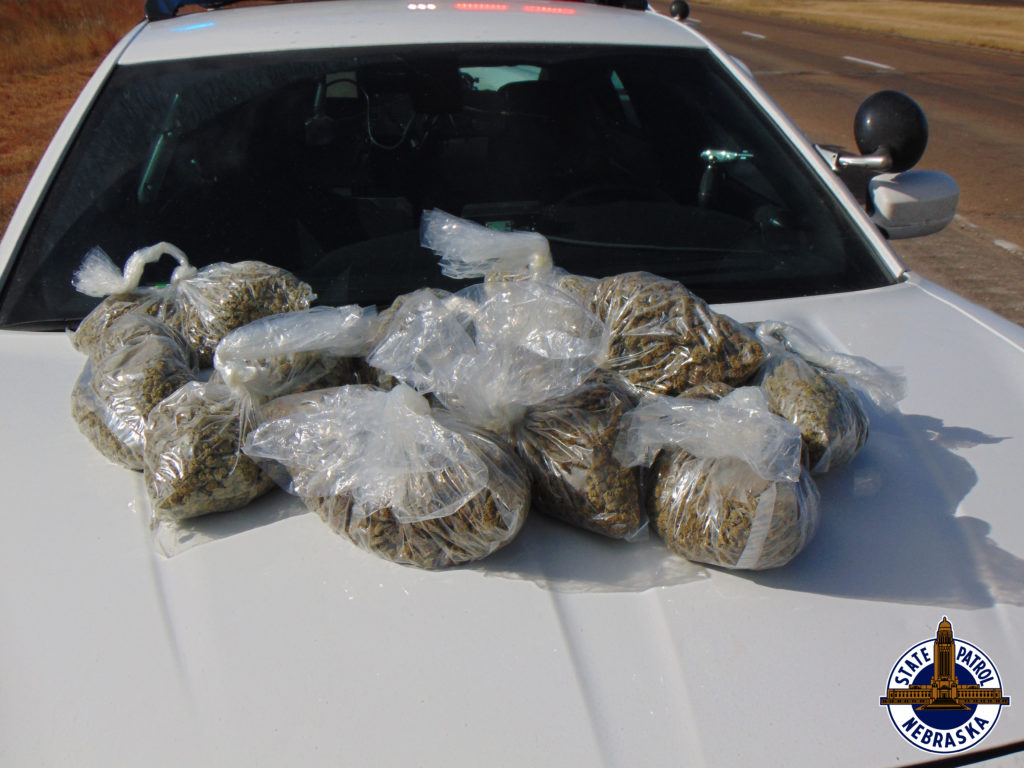 At approximately 12:40 p.m. CT, a trooper observed an eastbound Toyota Camry speeding near Giltner on Interstate 80 at mile marker 327. During the traffic stop, an NSP K9 detected the presence of a controlled substance in the vehicle. Troopers searched the vehicle and found 121 pounds of marijuana concealed in trash bags, duffel bags, and a suitcase.

The driver, Fran Ferreiras, 28, of Cliffside Park, New Jersey, was arrested for possession of marijuana – more than one pound, possession with intent to distribute, and no drug tax stamp. Ferreiras was lodged in Hamilton County Jail.

At approximately 11:50 a.m. MT, a trooper observed an eastbound Honda Accord speeding on Interstate 80 near Sidney at mile marker 48. During the traffic stop, the trooper detected the odor of marijuana coming from the vehicle. A search of the vehicle revealed 13 pounds of marijuana hidden inside a suitcase, along with drug paraphernalia.

The driver, Jason Wilson, 39, of Sacramento, California was arrested for possession of marijuana – more than one pound, possession with intent to distribute, possession of drug paraphernalia, and no operator’s license. Wilson was lodged in Cheyenne County Jail.