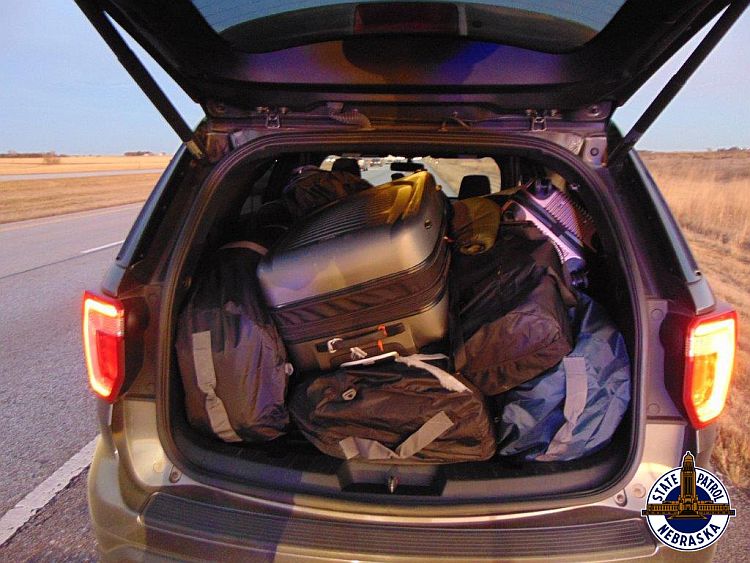 NOVEMBER 25, 2019 (LINCOLN, NEB.)  — Troopers with the Nebraska State Patrol (NSP) have arrested three people and seized 244 pounds of marijuana during a traffic stop on Interstate 80 in Seward County.

Saturday afternoon, at approximately 5:00 p.m., a trooper observed an eastbound Ford Explorer speeding at mile marker 373 near Goehner. During the traffic stop, the trooper detected the odor of marijuana coming from inside the vehicle.

Troopers searched the vehicle and found 244 pounds of marijuana inside the cargo area of the vehicle.

The driver, Peter Sychamp, 52, of Sacramento, California, and passengers Pisa Phanthavong, 57, of Sacramento, and Marich Poomchat, 22, of Thailand, were arrested for possession of marijuana with intent to deliver. All three men were lodged in Seward County Jail.