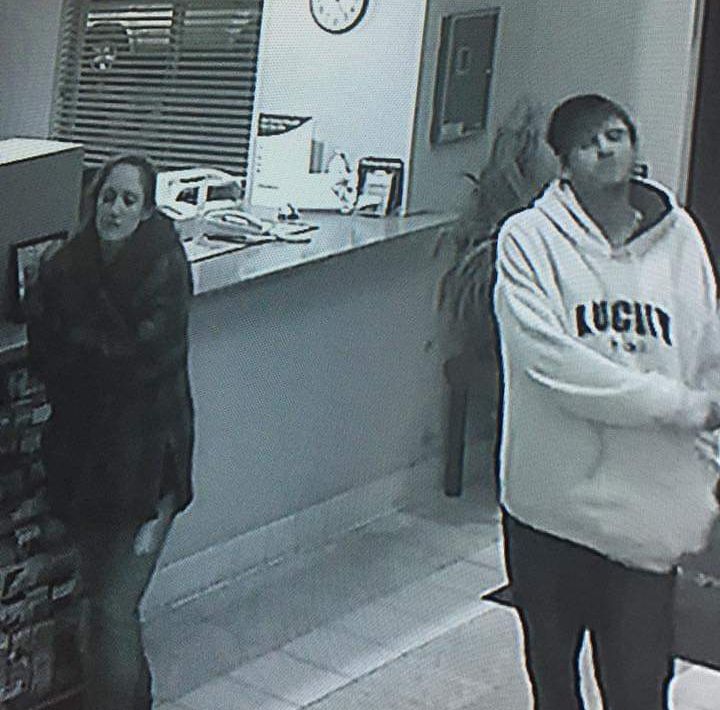 Two people have been arrested on suspicion of Burglary from the Rodeway Inn in Cozad. It occurred shortly before midnight on Wednesday. According to a Cozad Police Department report, images of a male and a female were seen on surveillance video as entering the motel office and removing the cash drawer and a flatscreen television that was in the original packaging. The Police Department posted a still image to their Facebook page asking for help in identifying the suspects.

Sgt. John Peden says comments from the Facebook post, along with direct messages and several phoned-in tips were very helpful in the case. It led to the arrest of 32-year-old Christopher Lee of Holdrege and 20-year-old Ericka Hardin of Cozad on suspicion of Burglary. Hardin faces an additional charge of Escape While Under Arrest. She is alleged to have fled a Dawson County Sheriff’s deputy in Lexington and drove back to Cozad where she was apprehended. The Sheriff’s Office had received a report of a vehicle running other vehicles off the road. According to information submitted to the court, that vehicle was alleged to have been driven by Hardin.