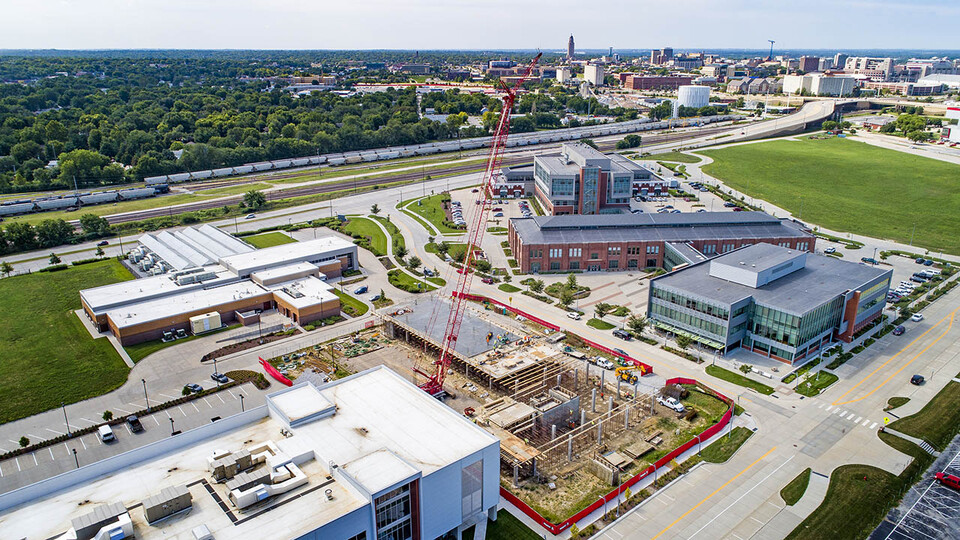 The highly anticipated hotel-in-construction at Nebraska Innovation Campus (NIC) will be named The Scarlet, paying homage to the Cornhusker State.

Revealed on Tuesday, the six-story, 154-room hotel will be the home of the Hospitality, Restaurant, and Tourism Management (HRTM) program at the University of Nebraska-Lincoln. 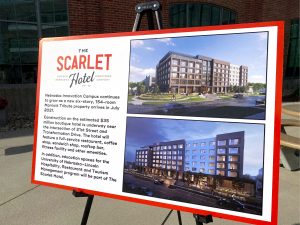 The name and branding was created by Archrival, a Lincoln creative agency.

“While the majority of our work is around the country, we take the greatest pride when there is an opportunity to do a brand that represents our home, Nebraska,” said Archrival Managing Director Clint! Runge. “We are thrilled to create a meaningful brand that continues the growth of NIC and further cements Lincoln as a welcome surprise.”

During the reveal, Runge said The Scarlet will be one of the state’s most premiere hotels.

Citing the brand guidelines, Runge also said, “It’s here in this campus microcosm where you will find the epitome of Nebraska… Inspired by Nebraskans. Built by Nebraskans. But made for anyone who wants to experience Nebraska in a night.” 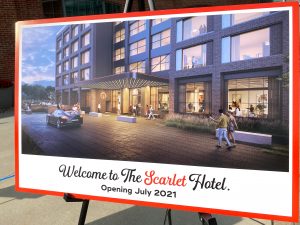 Among its features, The Scarlet, which is the only hotel on campus, will include a full-service restaurant, coffee shop, sandwich shop, fitness facility, and rooftop bar.

In addition, Runge said each room will be named after a different Nebraskan.

As the home of the HRTM program at UNL, Sherri Jones, College of Education and Human Sciences dean, said the hotel will provide students with hands-on learning opportunities in a world-class hotel.

“This hotel will be such an asset to Nebraska Innovation Campus,” said Dan Duncan, NIC executive director. “The amenities that it will provide the campus will truly make NIC the place companies, employees and the community will want to be.” 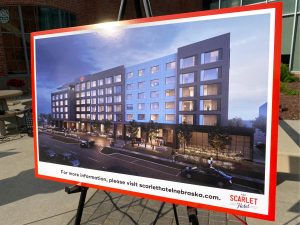 The hotel will be located on the corner of Transformation Drive and 21st Street and will be owned, operated and managed privately.

Construction is scheduled to be complete in the fall of 2021.