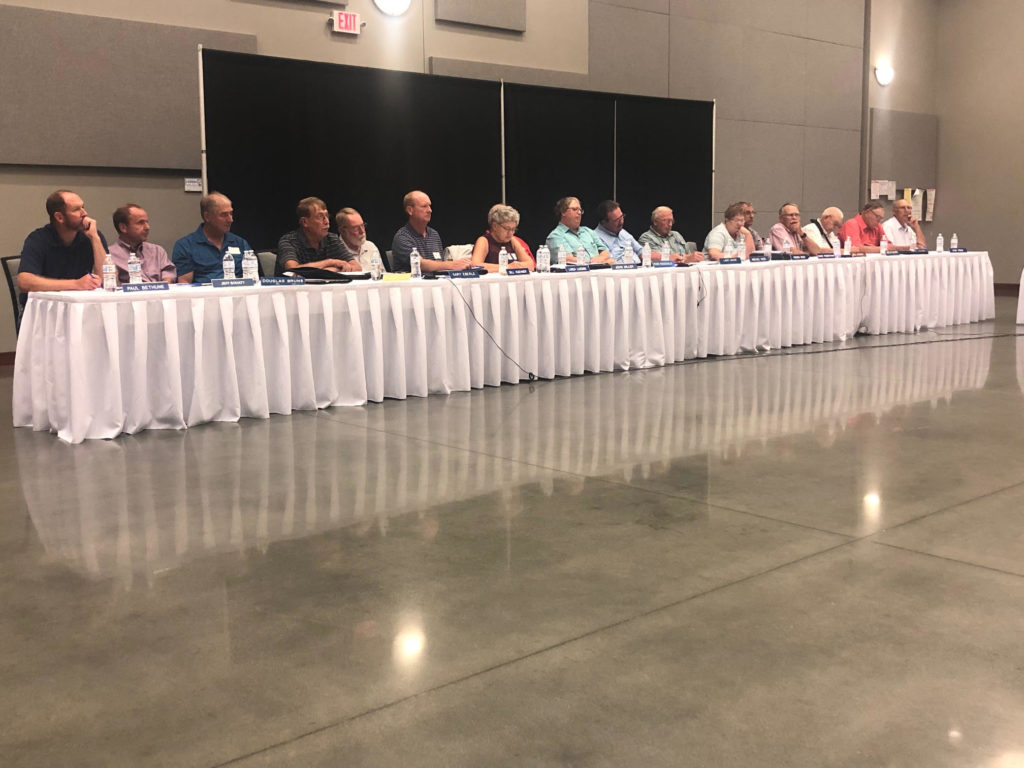 YORK- Last night at the Holthus Convention Center in York, the Upper Big Blue Natural Resources District held a public hearing on proposed changes to District Rule 5. What looked to be well over 300 attendees, the majority being ag producers addressed concerns about the potential rule change. The premise of this rule change is because of Ground Water Management Area Rules and Regulations.

The possible changes to Rule 5 are that farmers could have to change the process in which they apply nitrogen to their crops. For the complete explanation of Rule 5, it can be found here.

With the pending changes, some apply to the entire district, and for others, it will apply to areas with high groundwater contamination levels.

The next Upper Big Blue NRD meeting will be on Tuesday, September 10th. This meeting will be from 7:00 P.M.-9:00 P.M. and it will allow constituents to listen to the discussion and ask questions concerning the changes to District Rule 5 and groundwater quality.