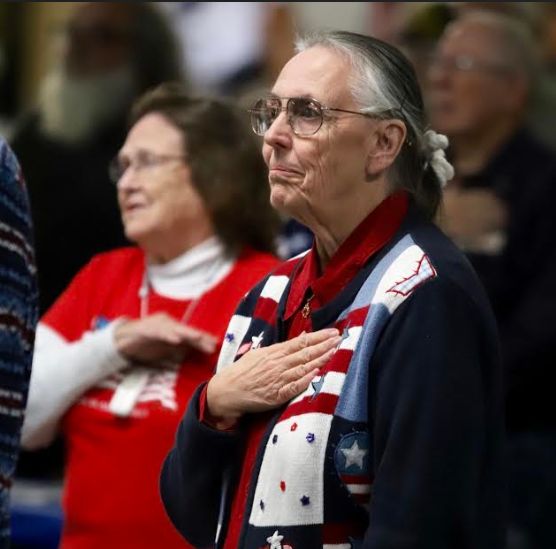 Lexington, Neb. —  Another memorable Veterans Day ceremony took place at the Heartland Museum of Military Vehicles on Monday.  The 11th Hour observance included ringing of the bell and Paul Homan’s signature singing of the National Anthem.

Terry Lauby also recognized former State Sen. Jim Cudaback for all he’s done for the Heartland Museum, including  obtaining permission for the museum to use Nebraska farm plates on military vehicles moved across the state to participate in parades.

Lexington teacher and U.S. Army Veteran Mike Zarate provided a 15 minute video that he and National Honor Society students worked on that included portions of interviews conducted with veterans from each branch of the military.

Each veteran was asked 5 to 6 questions about their military service. All the veterans rejected the notion that they were heroes, saying that they performed a service, and the term “hero” should be reserved for someone else. Zarate says he was touched by the selflessness and humility of the five veterans.

Due to bitterly cold wind chills, the 4 p.m. Veterans Day parade in downtown Lexington was canceled. 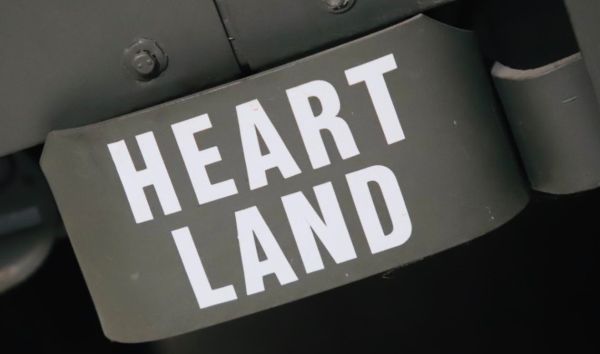 Courtesy/Veterans Day at the Heartland Museum. Photo by Paul Pack.