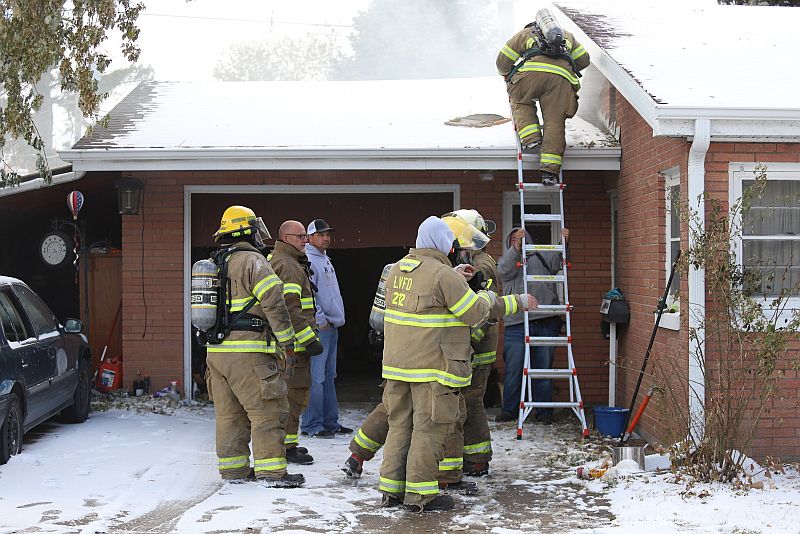 The Lexington Volunteer Fire Department was summoned to a house fire in north-central Lexington just shortly after noon on Monday. Fire Chief Dahlas Holbein says they encountered smoke coming from the attic vents upon arrival to the scene at 1403 North Grant. They eventually found the source in a kitchen hallway ceiling between a light fixture and ductwork. It was there that they discovered about a 6′ square area that had been charred.

The cause was found to be a short in the wiring leading to the hallway light but, they were unable to determine what led to the short. Holbein says it “appeared to have been smoldering for quite a long time.”

The American Red Cross is assisting the family, consisting of 5 adults and 1 child, that was displaced as a result of the fire. Lexington Police Department and Dawson Count Sheriff’s Office assisted at the scene and with traffic control.