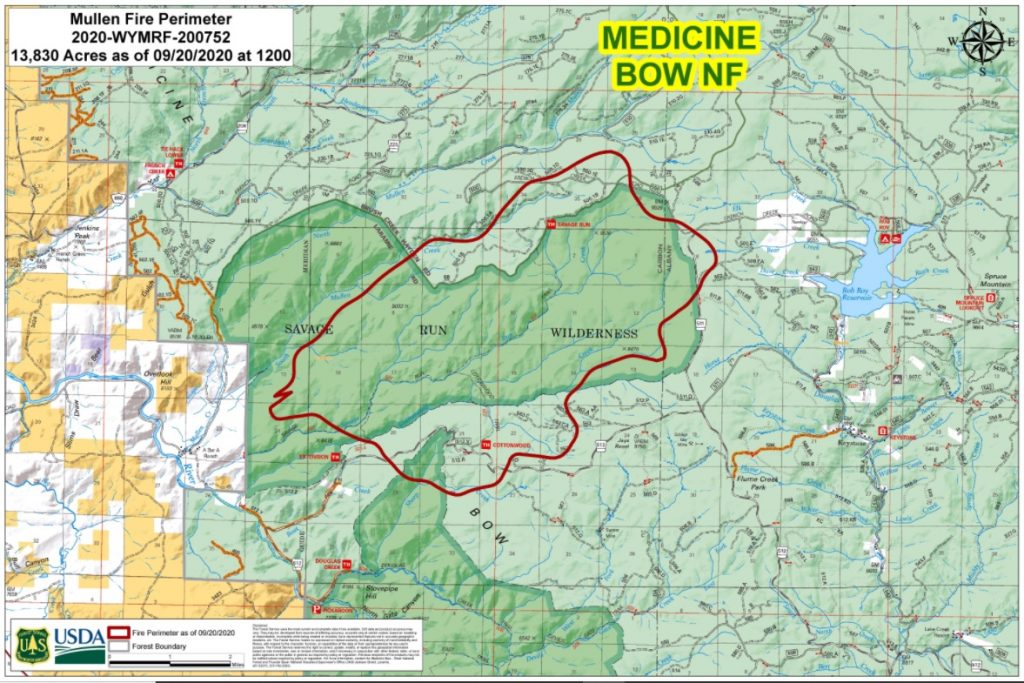 A rapidly growing wildfire in southeastern Wyoming is closing in on a reservoir that’s a major source of water for Cheyenne.

Firefighters have ordered campers, hunters and everybody else to leave an over 300-square-mile area of Medicine Bow National Forest between Centennial and Ryan Park.

On Sunday they estimated the fire had burned over 21 square miles. The  Wyoming Tribune Eagle reports the fire is spreading toward Rob Roy Reservoir, which is part of a system of reservoirs and pipelines that supplies water to Wyoming’s capital city.

Water managers say the water system remains safe and
able to filter out ash and other contaminants.