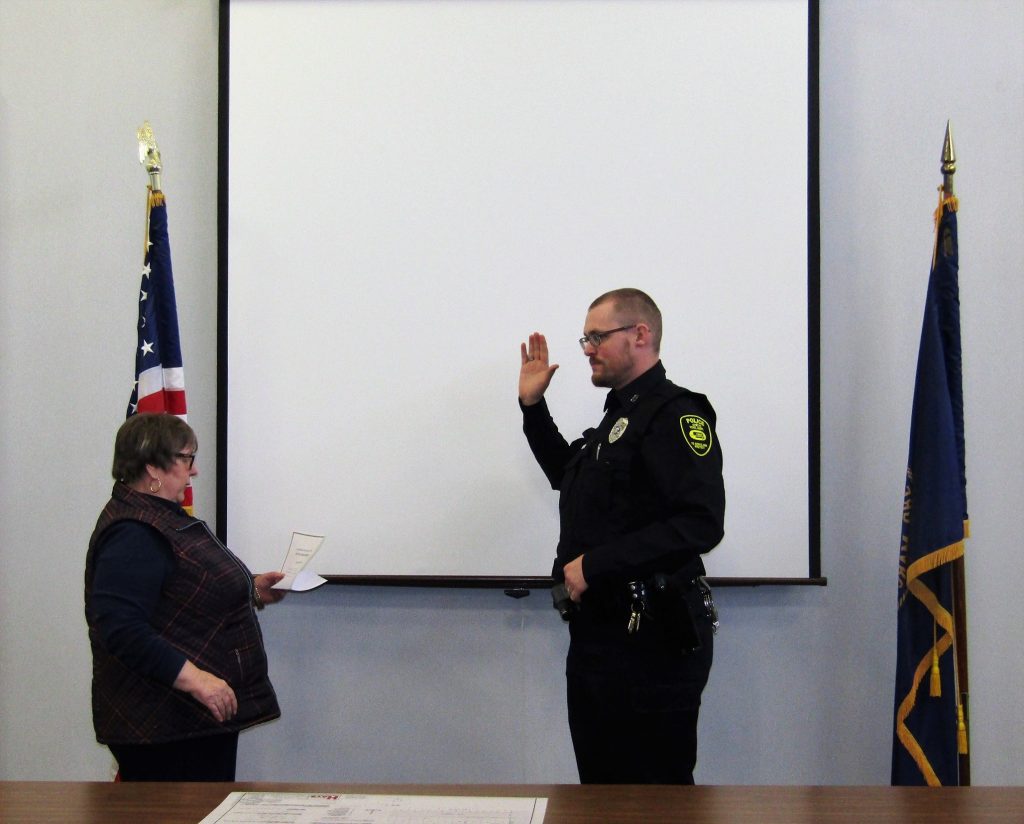 Photo Courtesy-City of York: Officer Ben Rodenborg Completing His Oath of Office with the Assistance of City Clerk Jean Thiele.

YORK- On Monday, March 16th, the York Police Department added Officer Ben Rodenborg to their staff. Rodenburg has worked in law enforcement in the state of Nebraska for nearly a decade serving the communities of Norfolk for about four years and six years at Ravenna. Officer Rodenborg has had a variety of responsibilities during his time in law enforcement.

Hailing from St. Paul, Minnesota, Ben said he met his wife, Stephaine, who is from Nebraska and as he put it, “fell in love and haven’t left the state. ” Rodenborg also mentioned that his wife and two kids are excited to be in the community. He also said that he has served as a guest instructor for numerous local churches, schools, social groups, and is also a member of Lions Club.