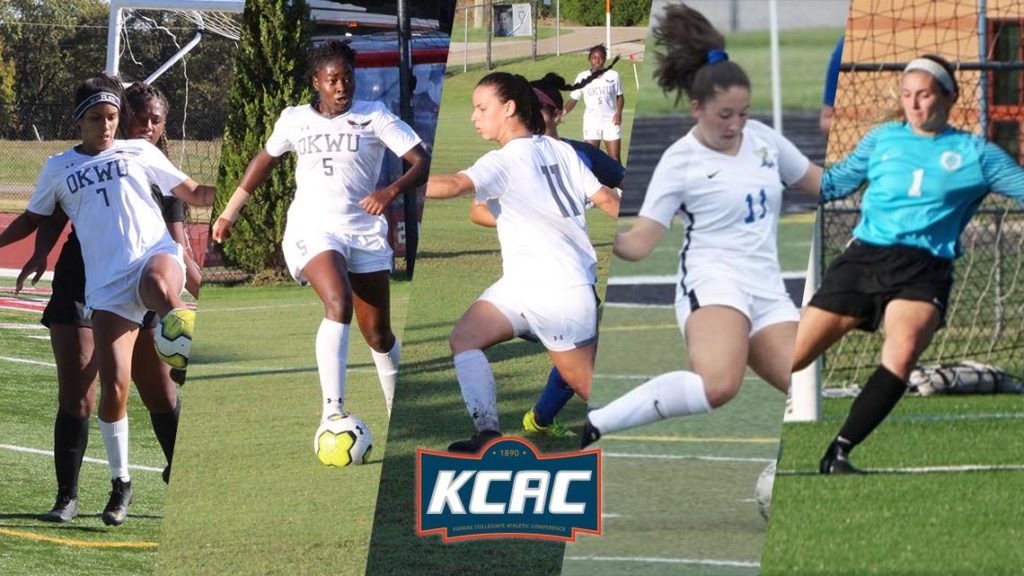 WICHITA, Kan. – The Kansas Collegiate Athletic Conference is pleased to announce the 2019 Women’s Soccer All-Conference award winners as voted on by the conference head coaches. Oklahoma Wesleyan University is this year’s regular season champion, finishing the season with a perfect 12-0 record.

Finally, Falcons head coach Brent Hobson was named KCAC Coach of the Year by his peers.

Statistical information on the 2019 women’s soccer season can be found here.

Listed below are the First Team, Second Team, and Honorable Mention selections as voted on by the KCAC women’s soccer coaches: