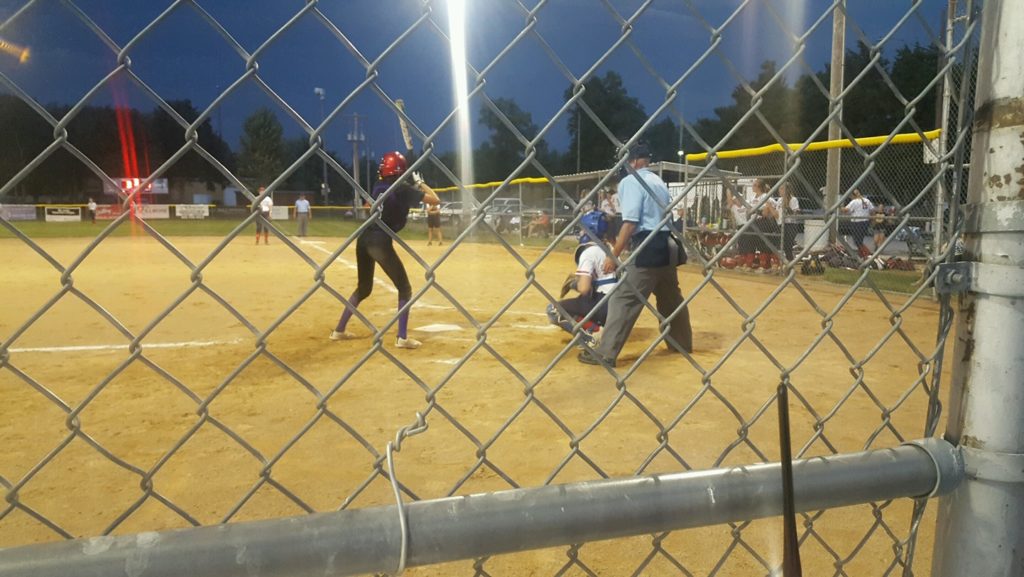 KTMX Photo
Click here to listen to the podcast.
It was close for four innings, but got out of hand after that, as the Adams Central softball team defeated Fillmore Central/Exeter-Milligan 11-3 in a game shortened to 5 innings due to the run-rule Monday evening in Geneva.
The game started well for the home team FCEM Panthers, as senior center fielder Kayla Geiger led off the bottom of the first with a double. She advanced to third on a sacrifice groundout by junior Claire Kimbrough, and scored the game’s first run on senior Caitlin Sharkey’s groundout.
Adams Central tied the game in the top of the 2nd inning when sophomore Elli Markey singled to start the frame. She moved to third on a single by senior pitcher Jersie Frerichs and scored on a sacrifice fly off the bat of sophomore Libby Trausch. The Patriots added two more runs in the top of the 3rd and then exploded for four runs in both the 4th and 5th innings to put the game away.
FCEM plated two runs in the 4th inning on back-to-back bases-loaded walks to sophomore Kelsi Gaston and senior Jacy Schlueter, but it was too little – too late for the Panthers.
Adams Central was led at the plate by junior third baseman Teagan Abbott, who stroked four singles, drove in a run, and scored once.
JacySchlueter and senior right fielder Caitlin Murphy led the way for the Panthers with two singles apiece.
© 2020 Nebraska Rural Radio Association. All rights reserved. Republishing, rebroadcasting, rewriting, redistributing prohibited. Copyright Information
Share: