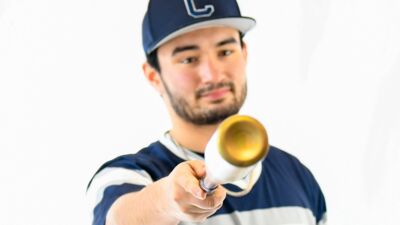 SEWARD, Neb. – An unstoppable force at the top of the lineup, second baseman Jayden Adams has earned yet another honor. For the second week in a row, Adams has been named the GPAC/Hauff Mid-America Sports Player of the Week. Adams again served as the catalyst for a Concordia University Baseball team that produced 66 runs during last week’s 5-0 run.

The numbers have been video game-like so far for Adams. Last week he went 11-for-19 (.579) while tallying 11 runs scored, three doubles, two triples, 13 RBIs and three stolen bases. The Waverly, Neb., native collected three hits or more in three separate games as the Bulldogs defeated Sterling College (Kan.) and then swept a four-game series from Dickinson State University (N.D.). In the win over Sterling, Adams notched a career high six RBIs while going 3-for-4 with a double and a triple.

Adams and the Bulldogs (13-2) are slated to begin GPAC play on Saturday when Midland will be in Seward for a 1 p.m. CT doubleheader.