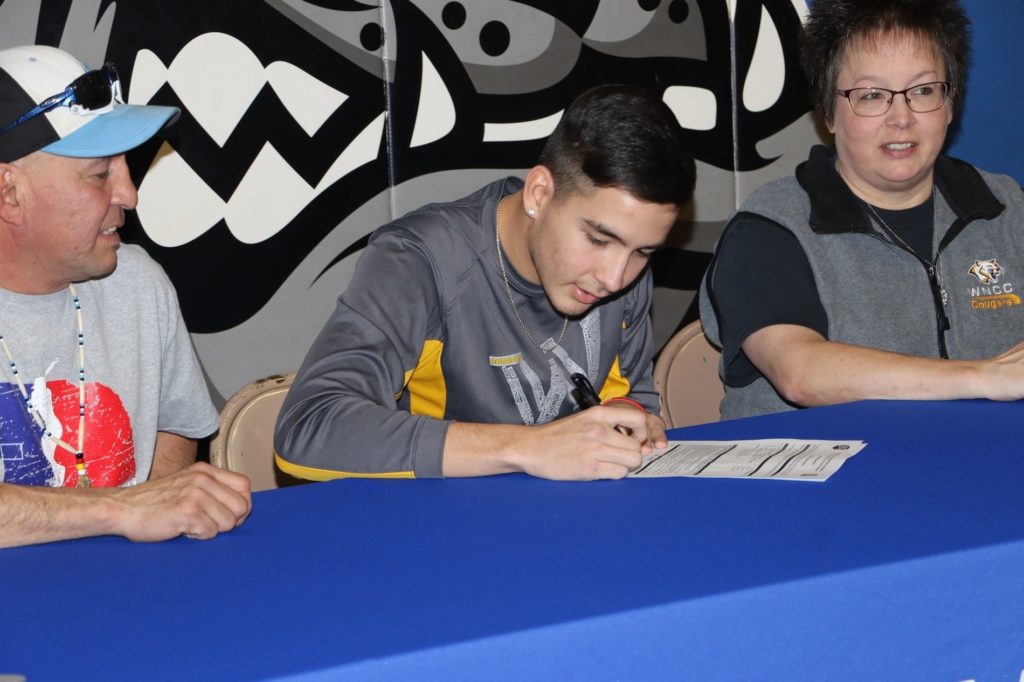 Alliance’s Trevor DuBray always knew that he wanted to play baseball in college. He will get that opportunity after signing with Western Nebraska Community College on Tuesday.

“I have been around them a long time. I met Coach [Mike] Jones when I was probably seven. They are good guys and I like the program,” he said. “It is beyond exciting to be playing college baseball. It has always been my dream and I can’t wait.”

DuBray was one of the top pitchers in the area last summer as he helped the Alliance Spartans American Legion team to a runner-up finish at the Class B state tournament.

DuBray will be one of the top players this summer as well and he is excited to be continuing playing a sport he loves in college.

DuBray is also a standout basketball player and also played football. But it was an easy decision for him to pick baseball over his other two sports.

“It was the easiest decision of my life,” he said. “It will always be baseball. Baseball is everything.”

WNCC head coach Mike Jones is excited to have DuBray in his program next year.

“He brings all kinds of things to the program. He is a really good athlete and super competitor,” Jones said. “He comes from a very successful high school program and everything coach [Carlos] Palomo does is right along the same lines that we do. For us, we are extremely excited to get Trevor in the program. We can’t wait to see him grow. He can get so much better over the next two years.”

DuBray said he has improved a ton under Palomo’s leadership on the baseball diamond over the summers. Palomo also played at WNCC before going on to play at the University of Nebraska-Kearney.

“He has helped out a lot,” DuBray said. “I have improved a lot and he has helped me with my pitching. He has me throwing a lot harder. If it wasn’t for him I probably wouldn’t be here.”

DuBray knows the move to the collegiate level is an easy transition. He realizes he still has to work to get better.

“I hope it is easy, but it won’t be that easy,” he said. “I know I will have to put in a lot of work and just keep the grind going.wn