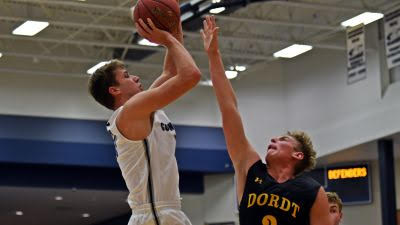 SEWARD, Neb. – The Concordia University Men’s Basketball team has embraced an identity as a hard-working, blue-collar type of outfit. While continuing an early-season win streak, the Bulldogs dogged visiting Dordt on the defensive end in yet another impressive outing. Concordia allowed just 19 first-half points on its way to a lopsided 82-59 win over Dordt on Saturday (Nov. 21).

Head Coach Ben Limback’s squad is surging and has won six-straight games, including three in a row to begin GPAC play. Dating back to last season, the Bulldogs (6-1, 3-0 GPAC) have won 10-consecutive contests against GPAC opponents.

“I felt like our guys locked in defensively, really played hard and communicated well tonight,” Limback said. “Against these guys you’ve got to be sharp with your communication and getting through screens. It was a big key in the first half to get off to a great start.”

Junior Justin Wiersema is the pulse of this team. His nonstop motor sets the tone for a Concordia squad that still plays like it has something to prove, even after a 2020 GPAC tournament title. Wiersema filled the stat sheet with 18 points, eight rebounds and three steals. In typical Wiersema fashion, the native of Loveland, Colo., flagged down a teammates’ miss in transition and put it right back up for two as part of the first-half onslaught.

Wiersema’s consistency has not been shaken. Prior to tipoff, Limback noticed that Wiersema had been quiet. Wiersema had a good answer for his behavior – he was just that focused.

Said Wiersema afterwards, “I feel like we’re always the underdogs. It makes us play better and play stronger, and we just play for each other. That’s all that really matters.”

Opposing teams may be updating their scouting reports after Ryan Holt returned to the starting lineup on Saturday. He provided a crucial scoring punch by going 6-for-10 from 3-point range to account for all of his 18 points. Another in the group of gritty Dawgs, Gage Smith (16 points, nine rebounds) just missed another double-double.

Plenty of others contributed. AJ Watson chipped in seven points off the bench. Though Carter Kent (seven points) is still working on finding the shooting touch, he posted five rebounds and four assists. In this particular instance, 43.1 percent (31-for-72) shooting from the floor was good enough.

“Ryan Holt shot with a lot of confidence tonight and when he’s doing that it opens up our offense a little bit,” Limback said. “I was happy with our guys off the bench. AJ gave us a big lift. It’s nice to have guys come in with that right mindset and do those things. It’s good to see that balance offensively.”

Dordt (5-2, 1-2 GPAC) was picked third in the GPAC preseason poll. The Defenders can pose problems for the opposition with their length. They just couldn’t get enough going offensively on an evening when they shot 36.1 percent (22-for-61) from the field. Garrett Franken (17 points on 7-for-18 shooting) was the lone Dordt player to reach double figures. The Defenders trailed by 16 (35-19) at halftime and never got any closer than 12 points.

If Wiersema has anything to say about it, Concordia will continue to be a pain to play against. Said Wiersema, “I just go out there and play hard and play the best I can and hope my teammates can follow me. I guess it just kind of rolls downhill.”

Next up on the schedule is a makeup game at Doane (3-2, 0-0 GPAC) coming up on Monday, Nov. 30. The matchup was originally scheduled to take place this past Wednesday. The home team won in both of last season’s meetings. Concordia’s most recent win in Crete came in overtime in January 2018. 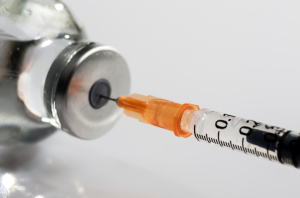