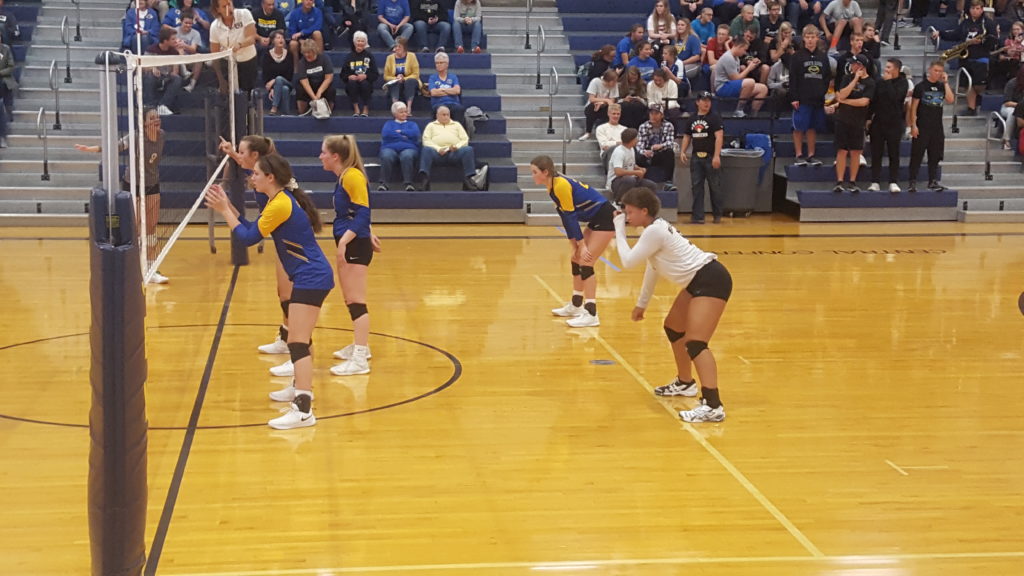 KTMX Photo- Mike Meyer
Click here to listen to the podcast.
SEWARD- It was an exciting night of volleyball in Seward Tuesday evening, as the Aurora Huskies knocked off the Seward Bluejays in a 5 set thriller.
It looked like Aurora would coast to a victory early, as they dominated the first two sets 25-19 and 25-14. But the Bluejays had other plans, and promptly dominated sets three and four, 25-12 and 25-16. The fifth set was close throughout, with the lead changing hands several times, but Aurora prevailed 21-19 to take the match.
The Huskies (12-11) were led by junior Kassidy Hudson with 10 kills unofficially, while junior Abbey Ringler paced the Jays (16-8) with 18 kills unofficially.
© 2020 Nebraska Rural Radio Association. All rights reserved. Republishing, rebroadcasting, rewriting, redistributing prohibited. Copyright Information
Share: