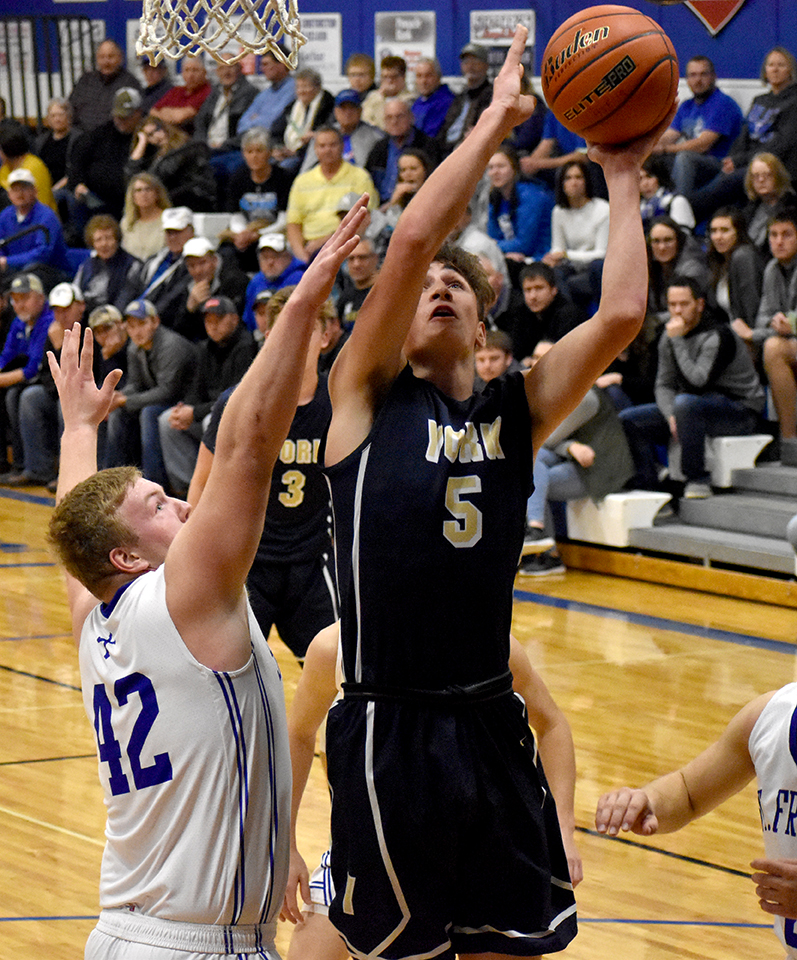 HUMPHREY- Both the York girls and boys basketball teams competed in the Humphrey St. Francis Holiday Tournament, and both teams fell in their contests.

In the girls’ game, York was in the third-place game against Wynot, and they fell 45-38. York struggled on the offensive side in the second half scoring just 12 points. The Dukes were led by Maddie Portwine and her 15 points. Michaela Lange was the main offensive threat for Wynot as she recorded 19 points and hit four three-pointers.