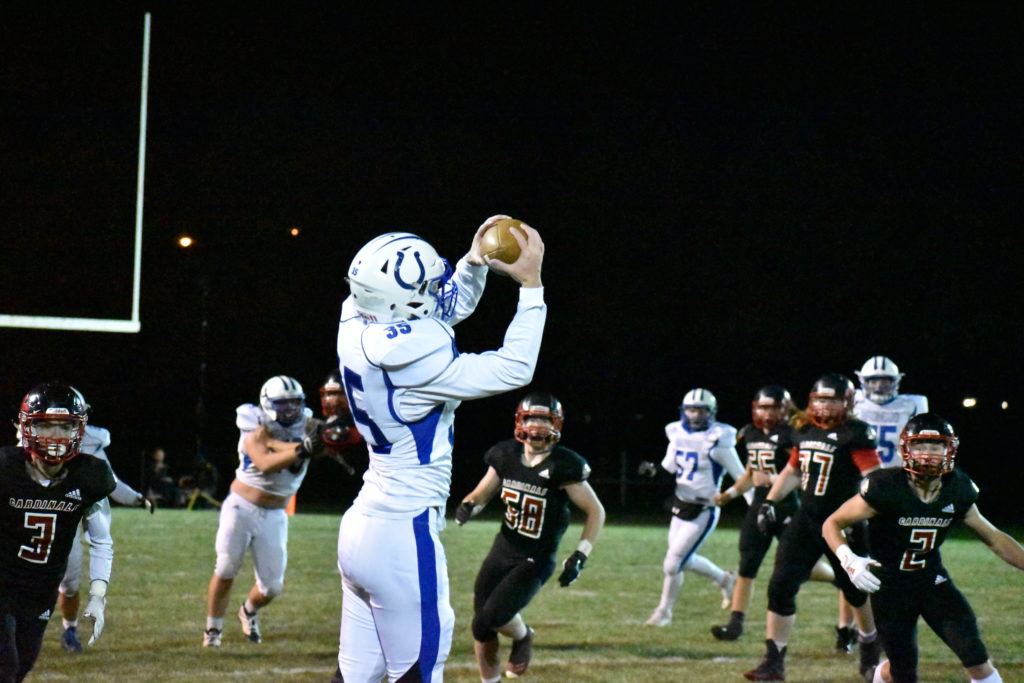 DONIPHAN- It was a grinder of a game on Friday night in the first round of the Class C2 State Playoffs as the #7 seeded Doniphan-Trumbull hosted #10 seeded and defending Class C2 State Champion, the Centennial Broncos. It was the Cardinals victorious in this one 22-14.

The Cardinals got the scoring started in the second quarter as Grant Williams blocked a punt and returned for a touchdown from 46 yards out. Doniphan-Trumbull then scored on a 23-yard pass from Griffin Hendricks to Keithan Stafford, making it 14-0 heading to the intermission.

Centennial was able to score on their first possession of the second half on a 12-yard touchdown run from Davon Brees. Starting the fourth quarter, Brees again scored on the ground, tying things up at 14. Doniphan-Trumbull sealed the game with a 27-yard pass from Hendricks to Stafford and then forcing a turnover on downs from the Broncos.

The Broncos were led by Brees with 86 yards rushing and two scores. Centennial ends the season at 6-4. Doniphan-Trumbull moves to 9-1 and will battle Oakland-Craig in the next round.