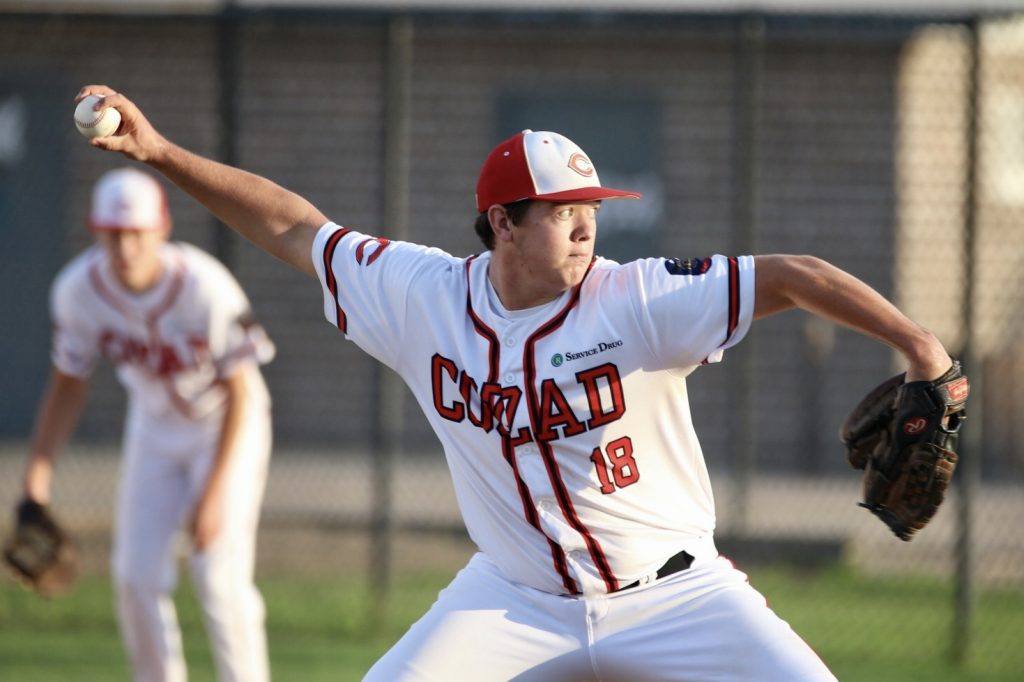 COZAD – A fast start and great pitching by Spencer Pleshcourt  led to a lop-sided 13-5 win for Cozad over the Pinnacle Bank Seniors on Wednesday night on the last game of the season for American Legion Baseball.

Reds Seniors got things moving in the first inning.  Pleschourt drew a walk, scoring one run.

Reds Seniors scored six runs in the third inning. The offensive onslaught  was led by Eli Werner, Kody Keller, Jacob Engel, and Paul Cole, all sending runners across the plate with RBIs in the inning.

Pleschourt earned the victory on the pitcher’s mound for Reds Seniors. He allowed three hits and one run over five and a third innings, striking out six and walking zero.

The Reds racked up 11 hits on the day.

Anthony Rodriquez had two hits for the Pinnacle Bank Seniors to lead his team and be the only player on his team with multiple hits. Jace Thorell was saddled with the loss.