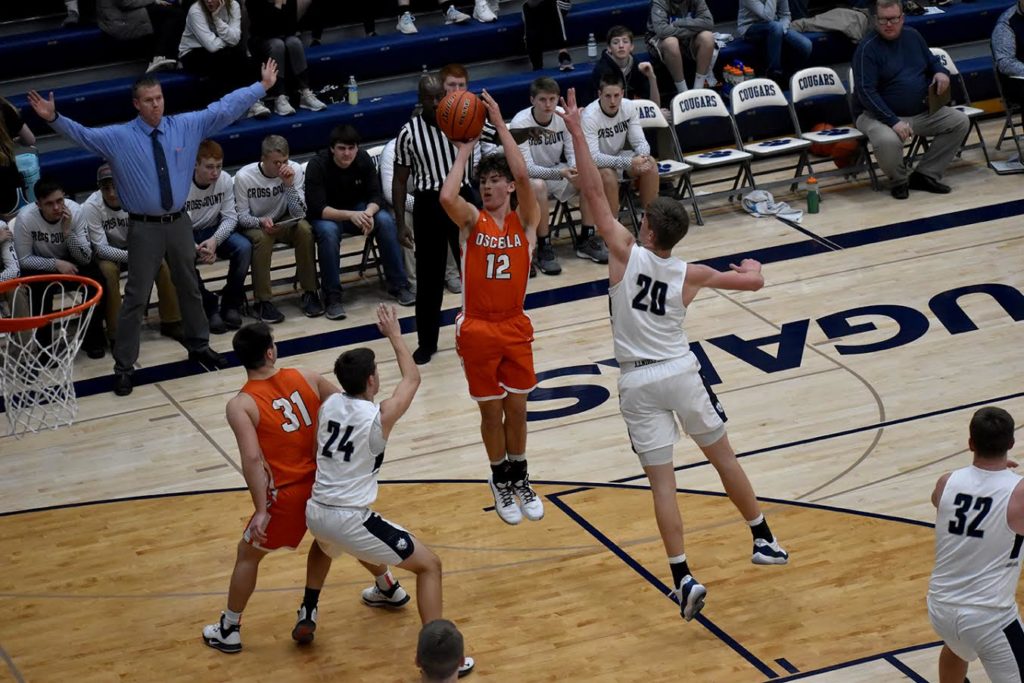 STROMSBURG- It was a pair of rivalry games on Tuesday night as Osceola made the trek to Cross County Schools to face the Cougars. Cross County won both the girls’ and boys’ games in dominating fashion with the girls’ matchup finishing at 61-8 and the boys’ final was 67-28.

In the girls’ game, it was three players in double figures for the Cougars as Erica Stratman had 16 points, Chloe Sandell added 16, and Josi Nobel added 13. Osceola was led by Kylie Johnston and Sierra Bodeen as they each had two points.

In the boys’ game, it was a 16 point performance from Cael Lundstrom as he hit four three-pointers in the win for the Cougars. Isaiah Zelasney had nine points for the Bulldogs.

Osceola will face Nebraska Lutheran on Friday. For Cross County, they will battle Sutton on Thursday and you can listen to the game on 104.9 Max Country with pregame coverage at 5:50 P.M., girls’ game at 6:00 and the boys to follow.