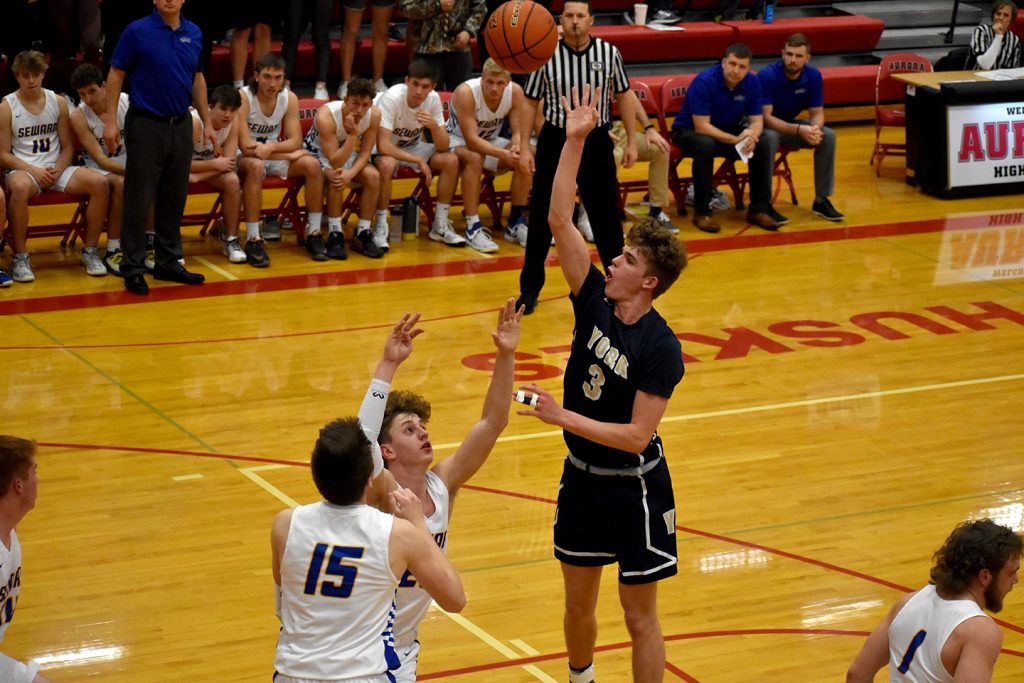 AURORA- It was another tooth and nail battle between York and Seward on Monday night, this time in the B-6 Subdistrict Semifinals. The Dukes were able to take down the Bluejays by a final score of 60-55. The teams traded the lead throughout, but the Dukes eventually were able to secure a lead in the third quarter and never relinquished it.

York was led by 22 points from Matt Haggadone and Seward was led by Carson Tvrdy and his 12 points. Seward’s season comes to an end with their final record at 5-15.