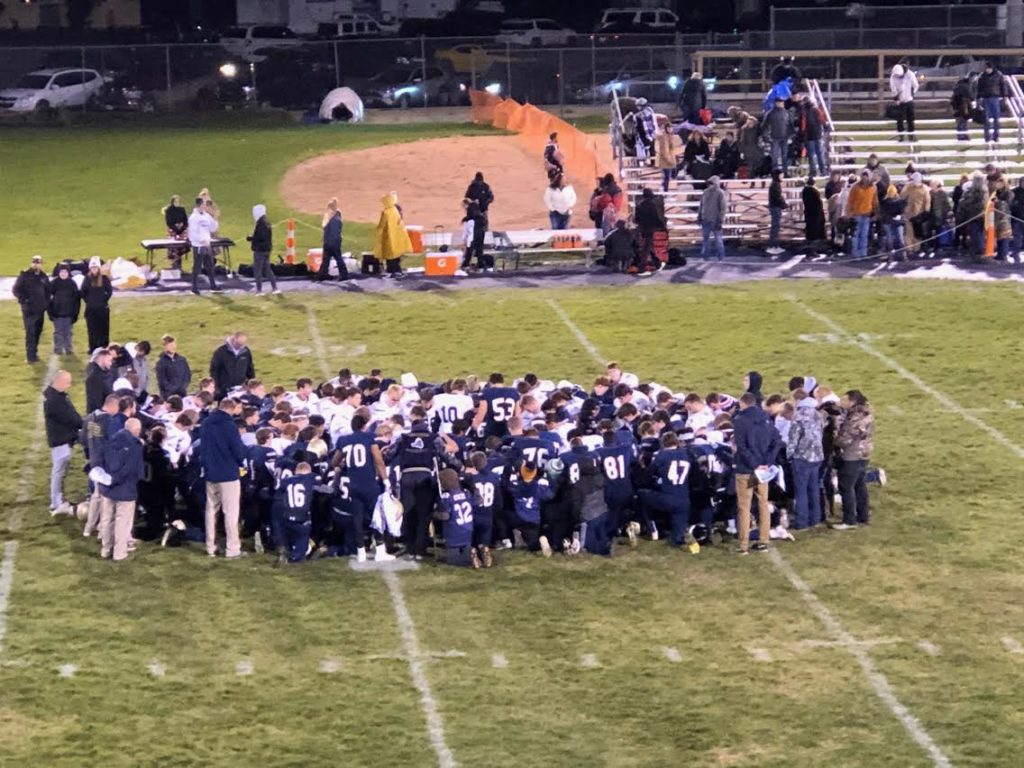 YORK- It was the Dukes falling again on this brisk October night, this time by a final score of 28-7 to the #4 team in Class B, the Northwest Vikings.

Northwest capped off their scoring with a 17-yard pass from Sanders to Riley Anderson, and a yard run from Sanders.

Northwest was led by Sanders with his 154 yards passing, 44 yards rushing, and four total touchdowns. Collingham for York had 46 yards rushing for York.

Northwest moves to 6-1 and will face Crete next week. York falls to 2-5 and will face Seward at home next week. This is the first time since 2011 that the Dukes are 2-5 and have lost 5 in a row, which was head coach Glen Snodgrasses first season.

Listen to listen to the podcast of the game below.