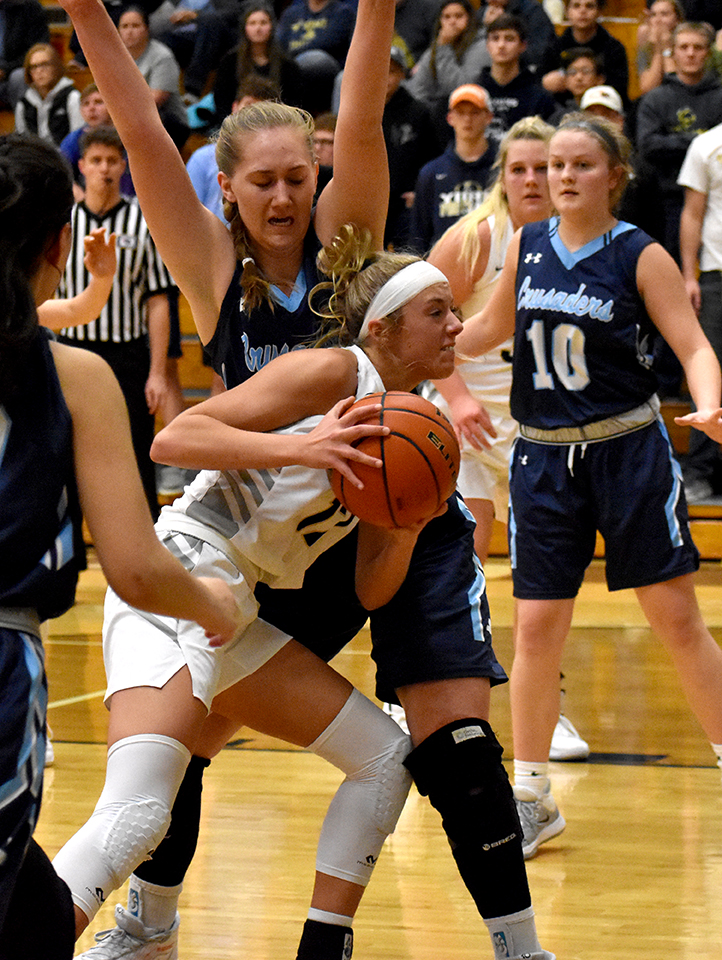 YORK- York hosted the GICC girls’ and boys’ basketball teams on Tuesday, a couple of ranked Crusader teams. The Dukes didn’t fare well as in the girls’ game, #3 team in Class B, York fell to the #7 team in Class C2 by a final score of 67-62 in overtime.

It was a back and forth affair as in the waning seconds, York’s Destiny Shepherd hit a layup with 7.6 seconds to go, to tie things up at 55-55. GICC (9-4) couldn’t get a final shot and we went to overtime. In the extra period, GICC outscored York (10-3) 12-7 to capture the victory. Natalia Dick unofficially had 22 points for York and Rylie Rice had 25 points for GICC