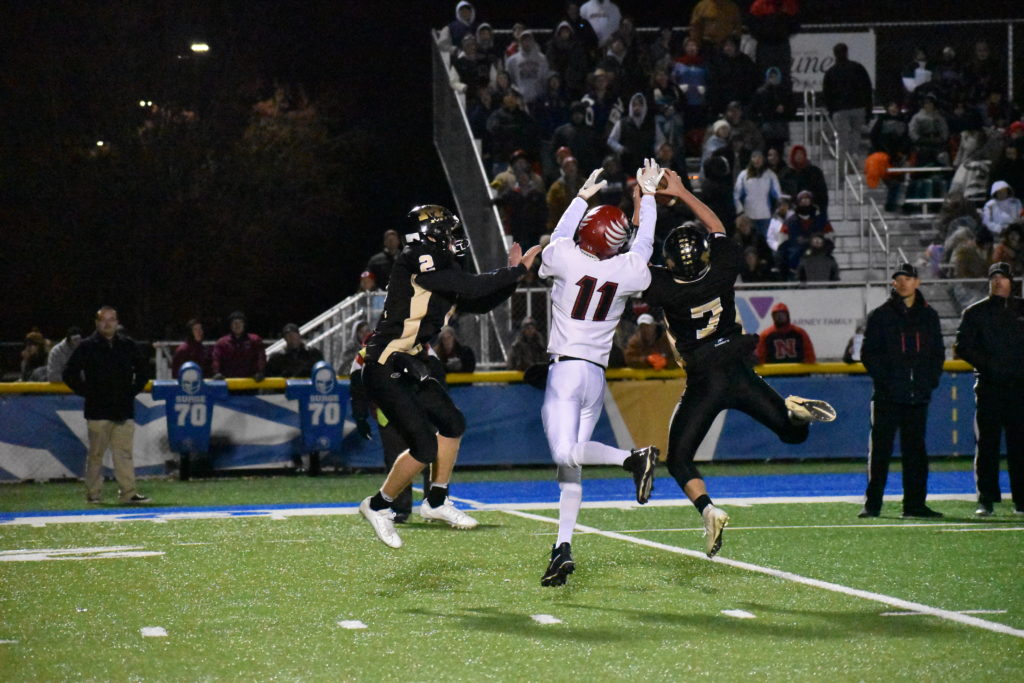 KEARNEY- On chilly Friday evening at Ron and Carol Cope Stadium on the campus of the University of Nebraska Kearney, spectators knew that one of the two schools would bring home their first-ever high school football title. In the 2019 edition, it was Harvard taking down McCool Junction 50-33.

Through two and half quarters, it was a game that went back and forth with the score reading 30-27 in favor of Harvard, but a pair of touchdown receptions from Ben Okraska and one by Ethan Piper, allowed the Cardinals to distance themselves to seal the victory.