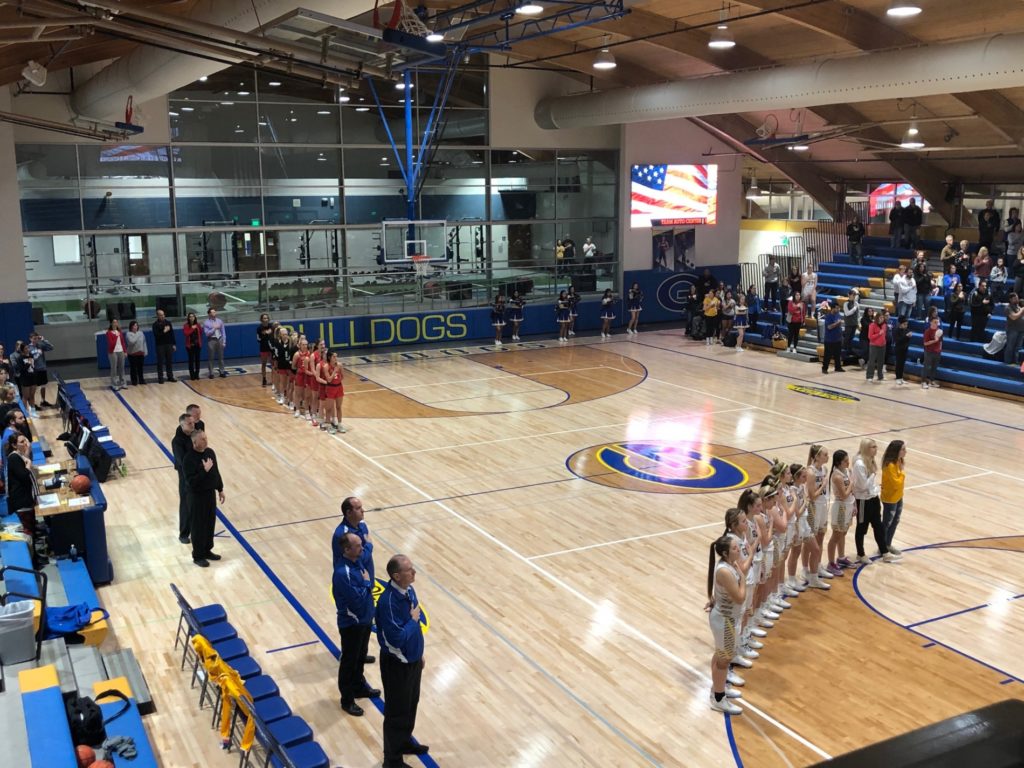 Two teams in different spots right now got together last night in girls high school basketball and it was Scottsbluff winning big at Gering by the final of 72-36.

Late in the first quarter this one was close as Gering led 13-12. Then Scottsbluff went off led by hot shooting freshman Payton Burda.

Burda, a confident shooter who plays with upperclassman swagger, scored all of her game high 17 points during that extended spurt. She connected on five three pointers in the first half.

In total, Scottsbluff hit nine threes in the first half and overall on the night they had 11 different players scores.

Scottsbluff had one other player besides Burda in double figures, it was Yara Garcia finishing with 15 points, 10 of which came right out of the locker room in the third quarter. Cali Wright finished with 8 points.

The combo of Kiara Aguallo and Chloey Fries led Gering in scoring. Aguallo finished with 12 and Fries had 11.

Finding offensive consistency was a major issue last night as the Bulldogs scored just three points in both the second and fourth quarters.

A young team with very little varsity experience or production returning from a season ago, Head Coach Steve Land says it was another learning experience for his team last night.

Gering will play a girls and boys doubleheader at home on Friday against Ogallala. We’ll have coverage on KNEB.tv and KMOR 93.3 FM starting at approximately 5:15.

Scottsbluff with girls and boys action at home on Friday as well as they entertain Chadron. Radio only on 106.9 The Trail will start at around 5:15, girls tip first at 5:30.