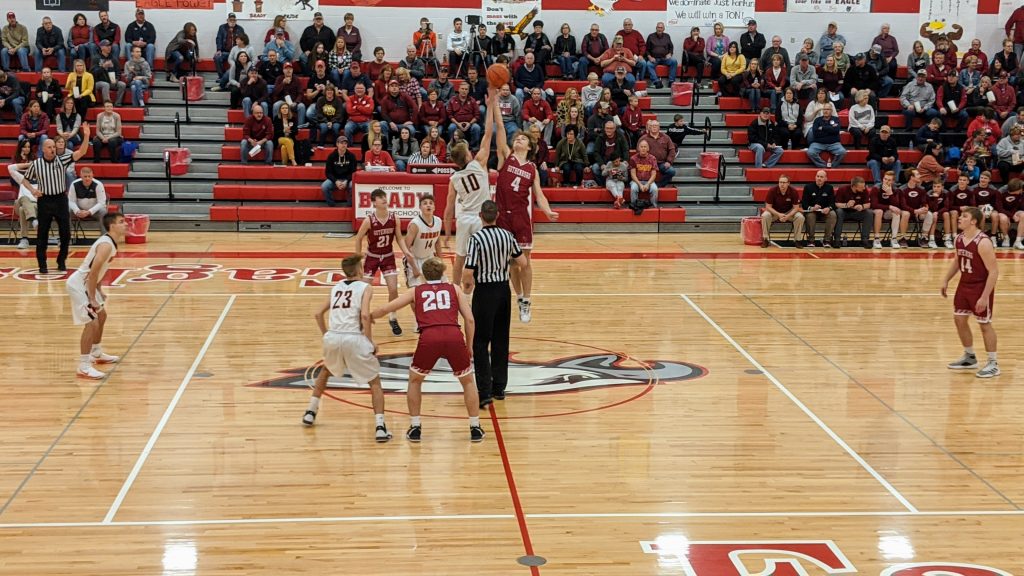 BRADY – The Chase County Longhorns had made a living on long range shooting all season. They won 16 games during the regular season with consistent shooting. When it counted in the post season they continued that trend with a 50-40 win over Gothenburg in the C1-11 subdisctrict final.

After a gritty defensive win over the Hershey Panthers, the Gothenburg Swedes were hoping to carrying the momentum into the finals of the subdistrict. Chase County was the top-seed, but the Longhorns were riddled with injuries and it looked like maybe the Swedes were getting the high flying ‘Horns.

It didn’t take long to realize the short-handed Longhorns could still shoot against the pesky Swede Defense.  Taylor Jablonskie hit three, three pointers in the first half to set the tone. Meanwhile Gothenburg’s offense struggle with missed layups and turnovers.  The Swedes found themselves in a 14 point hole at halftime, down 28-14.

The Swedes changed to a 3-2 defense, which stymied the long range game, but Chase County continued to play good defense and break down the Swede defense.

The Longhorns took at 13 point lead into the fourth quarter. Gothenburg got to within seven points, but couldn’t get any closer. Kobe Clevenger finished with a game-high 16 points and Jablonskie had 14 points. The Swedes were led by Tyler Whiting with 11 points, Maguire Bartlett had 10.

Gothenburg finishes the season 7-13. Chase County moves to 17-4 and will await their district final opponent.