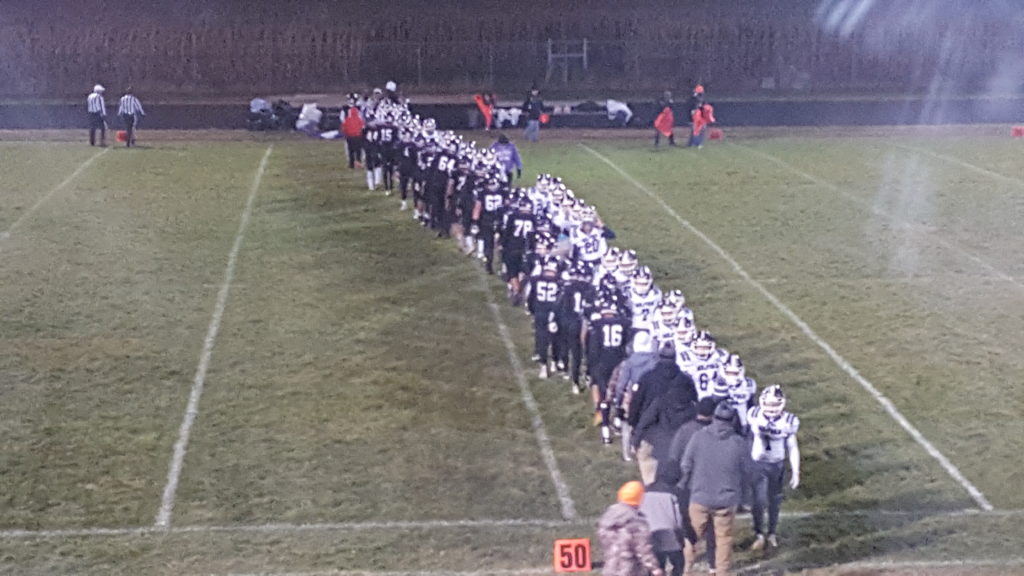 Click here to listen to the podcast of the game.

GENEVA-  With both teams missing their starting quarterbacks, the offenses struggled, but Milford prevailed 28-0 over Fillmore Central Friday evening in Geneva.

The game was scoreless until Milford’s senior running back Tyler Roth scored on a 13 yard run with 56 seconds remaining in the first half. The score capped off an 8 play, 37-yard drive. Roth had an apparent touchdown run called back due to a holding penalty, but two plays later found paydirt again.
The teams exchanged punts to start the second half before Roth scored again from two yards out following a 5-play, 35-yard drive.
On the ensuing possession, Fillmore Central fumbled the ball away, leading to a 5-play, 44-yard drive, capped off by a one-yard TD plunge by Eagles senior running back Jeaven Scdoris at the 1:11 mark of the third quarter.
With reserves in late, Milford added a 5-yard touchdown run by sophomore Eli Vondra with 4 seconds remaining in the game.
Milford (4-3) hosts Aurora next Friday, while Fillmore Central (3-4) travels to Central City.
© 2020 Nebraska Rural Radio Association. All rights reserved. Republishing, rebroadcasting, rewriting, redistributing prohibited. Copyright Information
Share: