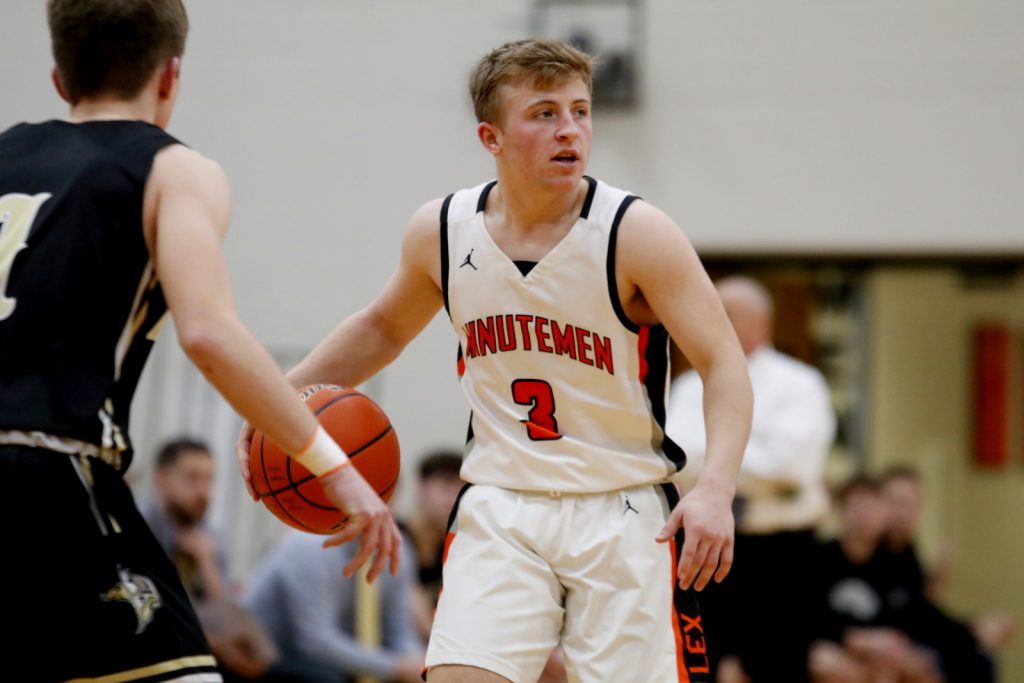 In a back and forth first half, Lexington adjusted on both ends of the floor in the third and fourth quarters. After allowing seven first half three pointers by Northwest, the Minutemen defense stiffened and only allowed three more in the second half. Lexington built off their defensive play and shot 70% in the second half.

Five different Minutmen scored in double figures, led by Dylan Richman’s 18 points. Nick Saiz sparked a big rally in the third quarter and finished with 13 points. Austin Friedrichsen chipped in 11 points off the bench and both Dau Mach and Kaleb Carpenter scored 10 points.

Northwest was led by Colby Hayes’ 17 points and five three pointers. Tyler Hageman scored 11 in the losing effort. As a team the Vikings hit 10 three pointers.

Lexington will battle Hastings tonight in the B7 sub-district championship game at 7 p.m. Catch the action on 880 KRVN.