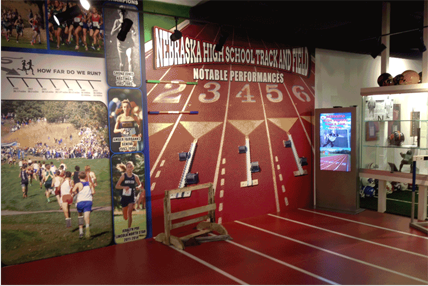 LINCOLN — Scott Frost and his father, Larry, highlight the 26th induction class selected by the Nebraska High School Sports Hall of Fame Foundation. The Frosts will join family matriarch, Carol Frost, who was inducted into the Hall of Fame in 1996. Scott and Larry will be inducted during ceremonies this Sunday at Lincoln East High School. Tickets to the induction ceremony are $25 for adults and $10 for K-12 students. Pre-kindergarten children are admitted for no charge. Tickets will be available through the Nebraska Sports Council in Lincoln.The induction class includes 12 athletes, five coaches, two contributors and a referee.

— Damon Benning, Omaha Northwest (1992): Earned all-state honors in baseball and football, gaining at least 100 yards in nine games his senior football season after making the switch from quarterback. At Nebraska, he ran for 1,562 yards on 270 carries.

— Larry Frost, Malcom (1965): Set a national record with 121 career touchdowns and was named the Shrine Bowl Offensive Player of the Game. Also set school records in basketball and track before a standout football career with the Nebraska Cornhuskers.

— Scott Frost, Wood River (1993): Amassed more than 10,000 yards of total offense in football and won state track gold medals in the 300-meter hurdles and shot put. The current football coach of the Nebraska Cornhuskers, he quarterbacked the Huskers to the 1997 national championship,

— Aaron Golliday, York (1998): Earned 12 varsity letters in football, basketball and track. All-state in football and basketball and a state champion in the shot put, he was a four-year letterman playing tight end for the Huskers.

— Sheila Miller Estes, Omaha Central (1977): Started in volleyball and basketball and was the state 200-meter dash champion. She went on to play basketball at Creighton, leading the team in several statistics.

— Jennifer Warner Ramsey, St. Paul (1993): Led Greeley and St. Paul to state basketball championships. She started every game as a freshman at Iowa State before transferring to UNK where she was twice named the conference player of the year.

— Danny Woodhead, North Platte (2004): Rushed for 63 touchdowns and nearly 5,000 yards on the football field while excelling in basketball, soccer and track for the Bulldogs. At Chadron State was a two-time winner of the Harlon Hill Trophy, NCAA Div. II’s version of the Heisman Trophy. He also played in the NFL for 10 years.,

— A. Hurbert “Hub” Foster, York: As sports editor of the York News-Times, from the 1950s to the 1970s, he promoted high school sports in the York area. After retirement, he continued to write articles for the paper until shortly before his death at age 95.

— Gene Haynes, Omaha: Affectionately known as “Mr. North High,” Haynes’ career as a teacher, coach, athletic director and administrator began in 1967 when he waa a teacher and coach at Omaha Technical High School.

In addition to the inductees, the Hall of Fame honors teams and individuals for outstanding accomplishments. This year’s honorees are:

— Great Moments in High School Sports: Jerry Motz, Lincoln Northeast: Made his last 23 shots in the Rockets’ 1964 win over South Sioux City while scoring a Class A record 57 points.

— Ron Gustafson Inspiration Award: Alex France, Millard North: Competed in cross country all four years despite progressive visual impairment that made it necessary for him to race with the aid of a guiding runner.