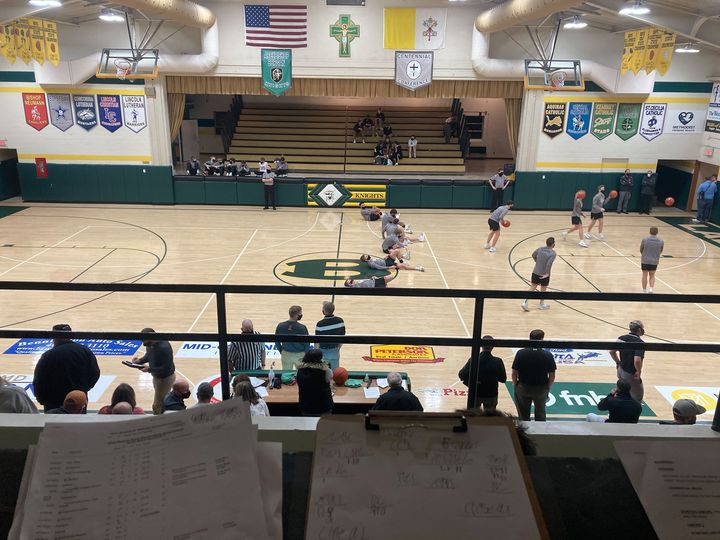 FREMONT – Both the North Bend Central Boys and Girls Basketball Teams were tested by Fremont Bergan in High School Basketball from Archbishop Bergan High School in action aired on 107.9 the Bull Saturday evening, but it was the Tigers prevailing in both games.

The Knights battled back in the 2nd quarter, winning the frame 10-6 to slice the deficit in half and make it a 22-18 game at halftime.

Things really tightened up late in the 3rd quarter as Bergan won the quarter 13-11 to make it a 33-31 game heading into the 4th.

Like they did the other two times the Knights closed within two though, the Tigers responded and pushed the lead back up, pulling away late by outscoring Bergan 16-7 in the final period, winning the game 49-38.

Kaitlyn Mlnarik paced Bergan with 13 points while Lauren Baker pitched in 11 and Anna Prauner had 8.

The Tigers improve to 10-1 on the season and host Columbus Scotus Tuesday night. The Knights fall to 9-4 and host Lincoln Lutheran Thursday night.

The Boys game was a seesaw battle back and forth for most of the game as Bergan jumped out to a 4-0 first quarter lead before North Bend Central went on a 9-0 run to lead 9-4 later in the period.

Things remained tight in the 3rd quarter, but a Kyler Hellbusch 3-pointer to beat the 3rd quarter buzzer gave North Bend Central the lift they needed to pull away in the 4th quarter.

Max Nosal had 9 points to lead the Knights while Sam Sleister, Gavin Logemann, and Jarett Boggs each scored 8.