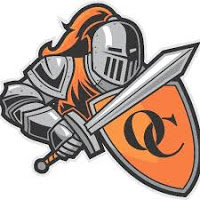 The Oakland-Craig Boys Basketball Team looks to have a huge season this year.

The Knights bring back some of last year’s team, including 3-year starter Wyatt Seagren (6’7, SR C), who averaged 8 points and 8 rebounds a game last year.

Head Coach Aaron Meyer expects Seagren to be a big force inside this year. “We expect him to alter a lot of shots in the middle, grab a lot of rebounds. We’d love to see him get at a 50% clip or better inside.”

Meyer has this preseason assessment of his team. “I think we have the potential to be a very good team if we can learn to score in the half court. Defensively we should be very strong, and we like to get out and run. We lost quite a few starters from last year’s team, but our leadership and chemistry should be solid. At the same time, we will be fairly long and athletic.”

Meyer says the team had a decent summer.

The Oakland-Craig Boys look for a huge season this year.

The Knights open up the season at home on Thursday against LVSS.

Meyer expects the Raiders to be tough. “I think they’ll be solid. They were good last year, they were well coached. Defensively, they didn’t let teams score very many points.”

Meyer thinks the conference will be about as tough as it has been in a long, long time. Maybe the toughest since the expansion. There are as many rated teams as in the late 80’s.

The Knights are in Sub-District C2-3 with GACC, Fremont Bergan, Yutan, and Omaha Brownell Talbot.

Click here to listen to Interview with Coach Meyer

The Oakland-Craig Girls look to reload this year after going 23-4 and taking 3rd at State a season ago.

Anderson has this preseason assessment of his team. “Kennedy Benne should be an All C2 player after returning to form in last year’s districts and state tourney. Replacing 5 seniors including Dacey Nelson will be a challenge. New players in the rotation include guards junior Edie Anderson and freshmen Chaney Nelson, Sadie Nelson, and Sydney Guzinski. Senior point guard Mya Guzinski at the top of class C2 the last two seasons in assists will be key to pressure defense and transition offense. Jeanina Blahak became a force rebounding and defensively in the post towards the end of last season and her continued improvement is important to a successful season. We will potentially be deeper and more athletic than last year despite the loss of three starters. The three freshmen coming in are really talented.”

Anderson says there is a good mixture of veterans and younger kids coming up.

He feels the offensive attack will be more balanced this year.

Anderson discusses the offseason. “We attended a few camps, we try to do a lot of things on our own here. But we attended 3 or 4 camps and performed very well.”

The Oakland-Craig Girls look to have a big year this year.

Oakland-Craig plays host to Logan View/Scribner-Snyder in Thursday’s season opener. “I know they lost a few of their top girls from last year, but I know they return a couple good guards.” Anderson said.

The Knights are in Sub-District C2-2 with Tekamah-Herman, Cedar Bluffs, Mead, and Yutan.

Anderson says they don’t know a whole lot about most of the teams. “A little bit unfamiliar. Other than Tekamah we’re fairly unfamiliar with the teams down there in Cedar Bluffs and Yutan.”

Anderson says his team is hungry to get back down to state. “Our girls after last year they got a really good taste of the state tournament and just had a lot of fun, and really enjoyed it. And that’s something they’re definitely working for.”

Click here to listen to Interview with Coach Anderson