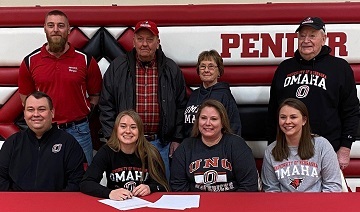 Pender Girls Track & Field Star Ashley Ostrand is heading to UNO next season to run Track for the Mavericks. Ostrand tells KTIC Sports two things really drew her to UNO, including the size of Omaha.

Ostrand says she had a tough time deciding between Track and Basketball, but ultimately chose what was best for her.

Ostrand is currently in her Senior Season of High School Track, and says she and the team have high goals and expectations.

Ostrand says her goal is to make it back to State again this year after missing out last year due to COVID.

Ostrand plans to major in Kinesiology at UNO.

She is the daughter of Lowell and Amy Ostrand.