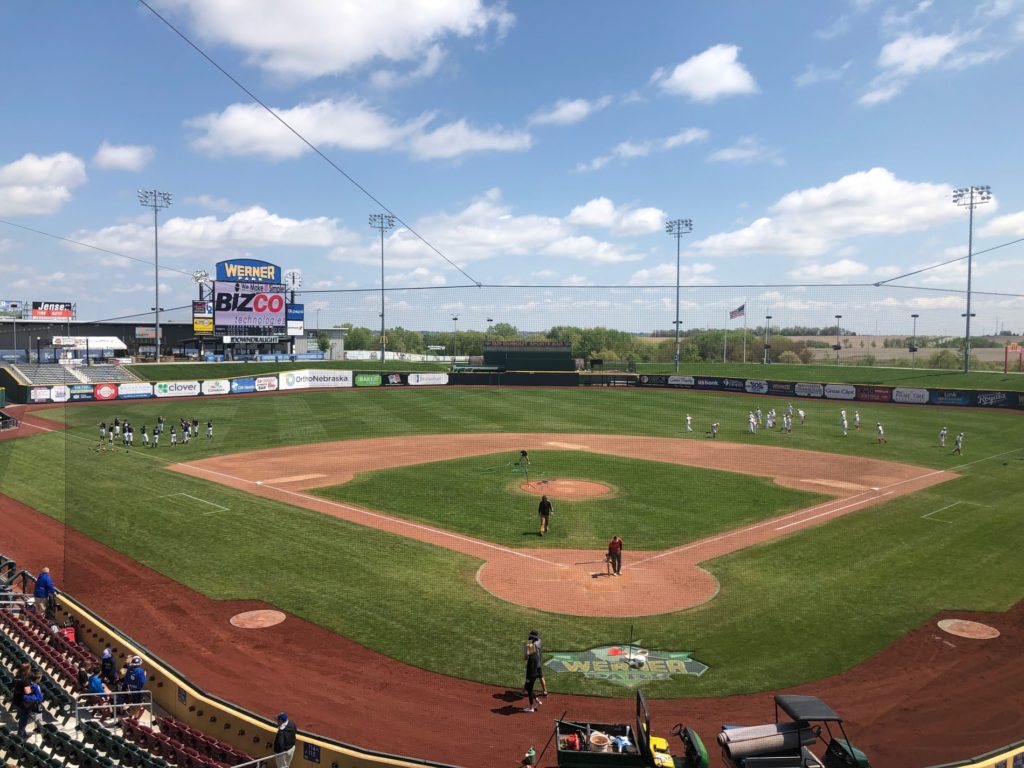 OMAHA – The Seward baseball season came to an end on Monday, falling short in their comeback against Mount Michael, 8-3.

What started out as a pitchers dual, saw Mt. Michael break the game open with two big innings. Both starters allowed a combined two hits in the first four innings.

Mt. Michael scored four runs in the fifth inning with the biggest hit coming from Sid deMayo who smacked a bases loaded clearing double.  Seward answered in the bottom half of the inning with a sac bunt RBI from Carson Core to cut the lead to three heading into the sixth inning.

The Bluejays would make it a one run ball game in the home half of the sixth with RBI hits by Joseph Krause and Gavin Sukup.

Leading, 4-3 in the top of the seventh, Mt. Michael drilled the first two pitches of the inning for base hits. That would eventually lead to four more runs scored by the Knights. Creighton commit, Patrick Collins drove in two runs with a double to left field.

Seward got the leadoff batter on base in the bottom of the seventh, but the ensuing pitch would lead to a double play. The Bluejays would never score again. Krause picked up the loss on the mound despite pitching four outstanding innings early. He pitched six innings, allowing six hits, four runs, walked two and struck out five.

Mt. Michael’s first four batters all had at least one RBI. Starting pitcher, Nick Akers pitched five and a third allowing seven hits, three runs and struck out two, picking up the win on the mound.

Seward ends the season with a 14-8 overall record. Mt. Michael moves on to the next round Tuesday afternoon.

Listen to the game here.