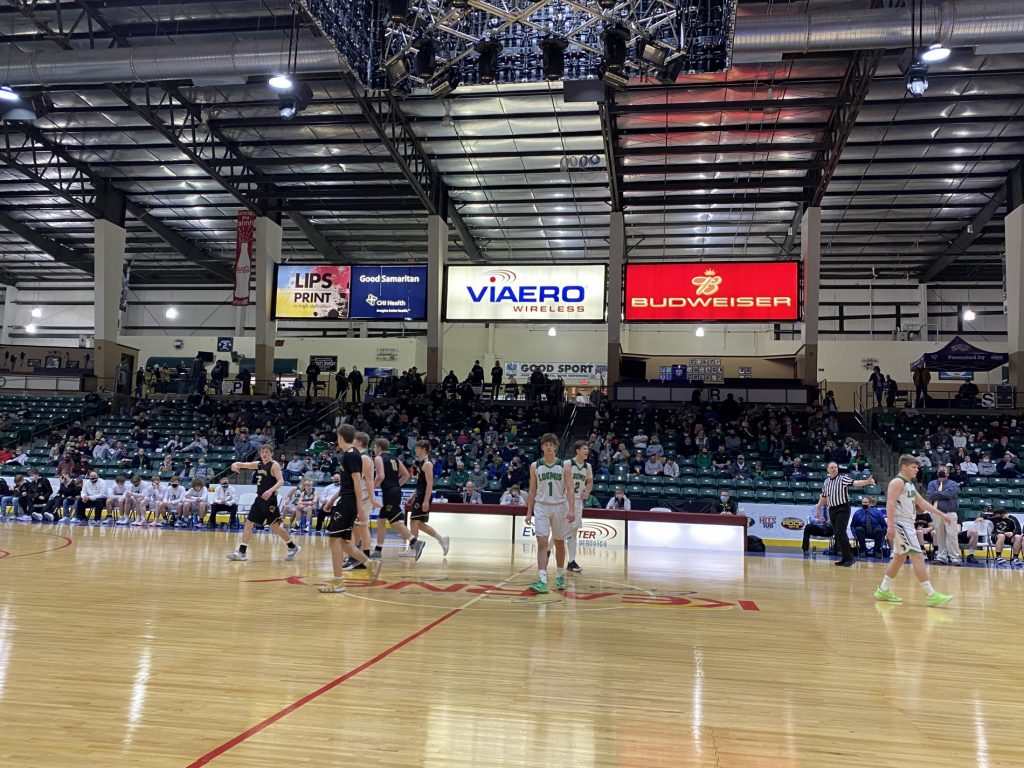 KEARNEY – The Ansley-Litchfield Spartans will return to the FKC championship game for the second straight year after defeating Loomis, 61-60. Amherst will battle the Spartans after knocking off Elm Creek, 54-42.

Ansley-Litchfield quickly set the tone of the game with their quickness while Loomis used everything Aden Lovitt had to give them a chance. The Spartans eventually built a double digit lead and outscored Loomis, 28-17 in the first half. The Wolves would adjust in the second half, outscoring the Spartans 43-33. The comeback attempt by Loomis would eventually come up short. Ansley-Litchfield’s Jeff Cunningham made two free throws with 11 seconds left to extend it to a four point game. On the ensuing possession, Lovitt knocked in a three, but time ran out on the Wolves. Cunningham led the Spartans with 17 points. Caden Holm scored 15 points while Leyton Rohde contributed 14 off the bench. As a team, Ansley-Litchfield went 10-17 from the free throw line. Lovitt finished with game high 29 points behind six treys in the losing effort. Quinn Johnson scored 15.

Amherst led from start to finish as they shutdown the power shooters of Elm Creek. The Broncos held the Buffaloes to only six first quarter points and kept both of their top scorers well below their average. Amherst used a methodical offensive approach to eventually build a 14 point lead. The Broncos were led by Tanner Thomsen and his 14 points. Coleton Vavra chipped in 11 points, all in the first half and Kalon Rohde scored 10 points. Amherst went 13-16 from the free throw line. Elm Creek hit six three pointers as a team. Troy Brumels scored a team high 13 points while Trey Miner scored nine.

Ansley-Litchfield lost in last years FKC championship game while Amherst is appearing in the title game for the first time since 2017. Tip-off from Kearney is set for 8 p.m. Saturday. Listen on 880 KRVN.

Listen to the games below.