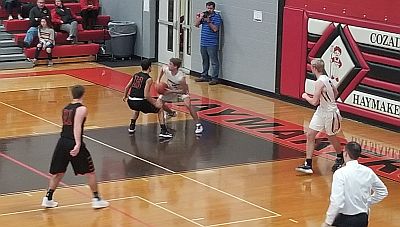 Cozad- After winning its last game over Valentine, Cozad came out and played well again as the Haymakers beat Cambridge 69-51 on Thursday night. The Haymakers were electric from the outside as they hit 13 three pointers. Leading the way was Senior, Jacob Gengenbach who was 7-9 from three point range as he finished with a career high 21 points. As a team Cozad was 13-19 from behind the arc. Also in double figures were Tag Sassali who scored 11, Jacob Weatherly had 12, and Nolan Wetovick scored 10 as the Haymakers improved to 2-3 on the season. Cozad is on the road Friday night at Ainsworth.