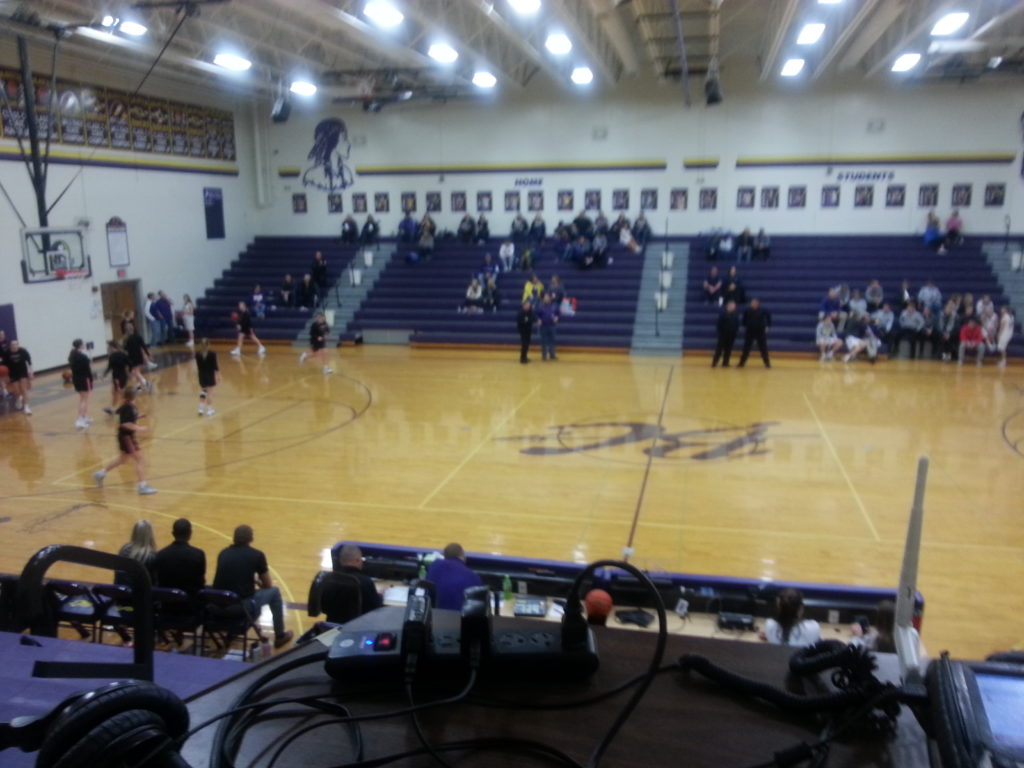 The Cadets held Battle Creek to 7 total second half points, including 3 in the 4th quarter.

The Bravettes won the 3rd quarter 4-3 to make it a 35-29 game at the end of three before West Point-Beemer quadrupled up Battle Creek 12-3 in the final stanza.

Cadets’ Head Coach Taylor Shepard says her team’s defense came up big. “All season long we’ve really been stressing to our girls the importance of defense, and using that to create some offensive opportunities for us. And tonight was no different. I thought the girls really came out and executed. Hannah Landholm stepped up and got a few big boards and stops down the stretch. But it was just great to see all of our girls step up and provide that great defensive pressure.”

A big reason for the Cadets’ success was getting to the free throw line as West Point-Beemer was 13-17 in the 1st half and 18-23 for the game.

Shepard says Meiergerd came up big. “The biggest thing about Jadyn is she’s really this whole season been working on really making her game well rounded. Early in the season her shots weren’t falling, so she looked to create, driving to the basket and used her defense to really help the team out. And so it’s really great to see her have some success this part of the season as she’s been doing all the little things for us.”

The Bravettes are at Lutheran High Northeast on the road Thursday night while the Cadets travel to Schuyler on Thursday.

Both teams are now 9-4 on the season.

Click here to listen to Interview with Coach Shepard

The Braves outscored the Cadets 17-8 in the 2nd quarter to take a 35-19 lead into the locker room.

Battle Creek outscored West Point-Beemer 16-6 in the 3rd quarter to extend their lead to 51-25 at the end of three.

The Cadets were led by Miguel Perez, who had a team-high 9 points. Zach Vander Griend added 7.

The Braves improve to 9-2 on the year and take on Lutheran High Northeast on the road Thursday night. West Point-Beemer falls to 2-10 and is on the road at Schuyler on Thursday.