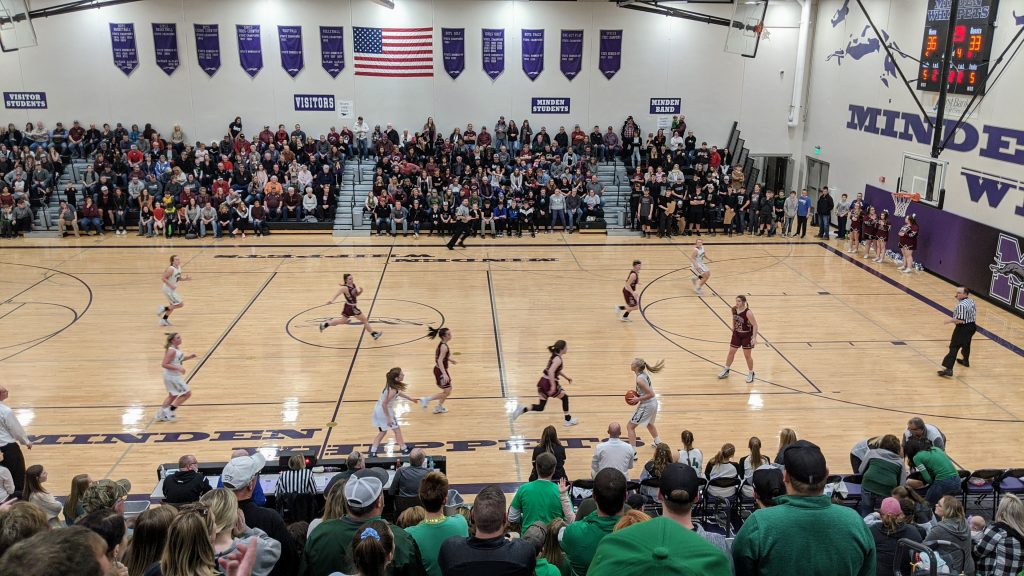 LOOMIS – It was a rugged defensive battle between two teams that know each other well. With an injured starter and another on the bench with foul trouble Loomis found a way to hold on and punch their ticket to Lincoln, with a 43-38 win over Sliver Lake.

It was a game of runs. Loomis had an 8-0 run in the first quarter to lead 8-2, but Silver Lake fought back to make it 8-6 at the break. Loomis took control in the second quarter and went into the locker room up 17-9. However an injury to versatile Junior, Alexis Billeter put the lead in doubt.

Georgia Crandall stepped up first for the Wolves scoring 5 early points in the second half hold on to the lead. Silver Lake responded by actually taking the lead. However, a fired up Hanna Stewart, Paige Booe and Hanna Thorell refused to lose on this night.

Thorell finished with a team high 12 points, Stewart had 11. Amanda Ehrman and Mackayla Dinker finished with 10 each for Silver Lake. The Mustangs finish the season with an 18-6 record.

Loomis awaits their seeding at state. Mostly likely, they will take on top-seeded Falls City Sacred Heart first round.  They will play the first round at Lincoln Southwest.