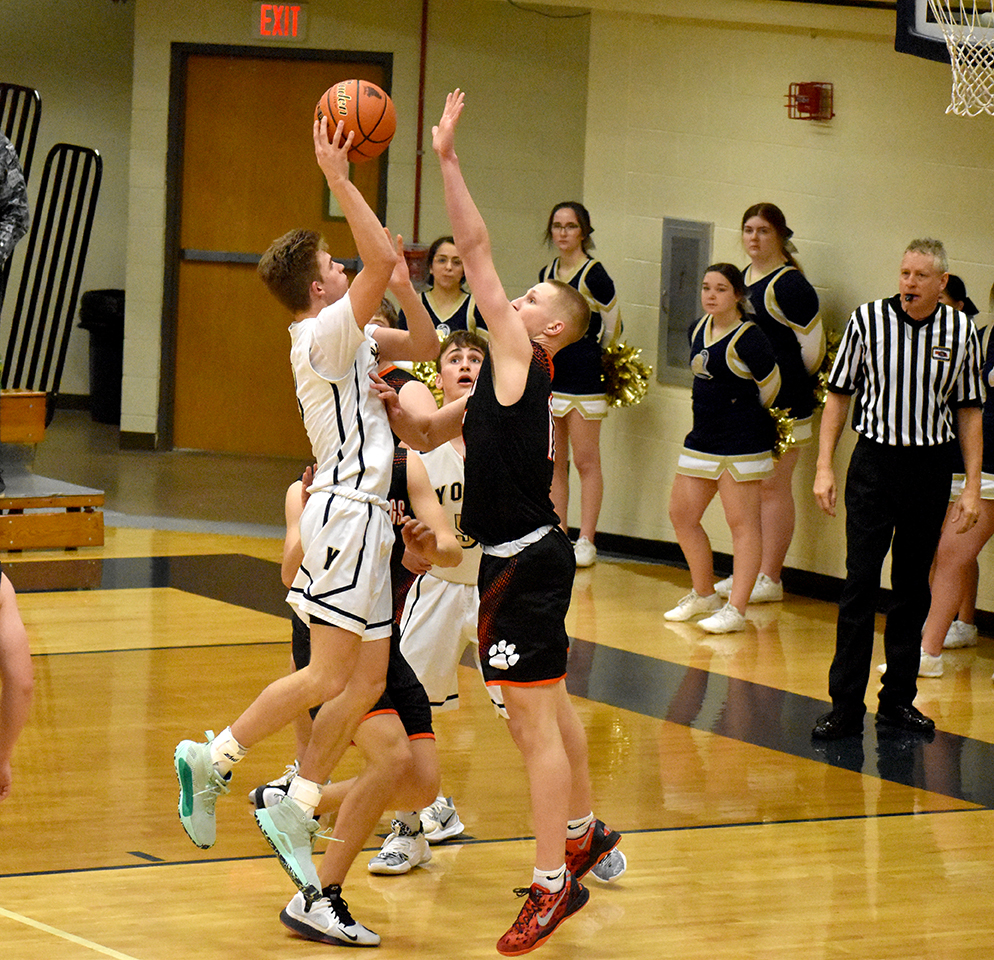 YORK- The York Duke girls and boys basketball teams hosted Hastings for a doubleheader before the Holiday break. The Dukes won the girls’ game 51-21 and the Tigers took the boys 72-56.

In the girls’ game, #5 York forced 17 turnovers and steady offense en route to their victory over Hastings. Unofficially Maddie Portwine had 10 points to lead York.

In the boys’ game, York found themselves behind 16-0 at the end of the first quarter to the #3 team in Class B. In the next three quarters though, York and the Tigers were even in the scoring department as each team scored 56.

Unofficially, York was led by Reed Malleck and Matt Haggadone and their 13 points. Hastings was paced by Jake Schroeder and his 20 points.

Hastings will compete in the GNAC Tournament after the New Year. York’s teams will play in the Humphrey St. Francis Holiday Tournament starting on Friday, December 27th when both teams play Crofton.