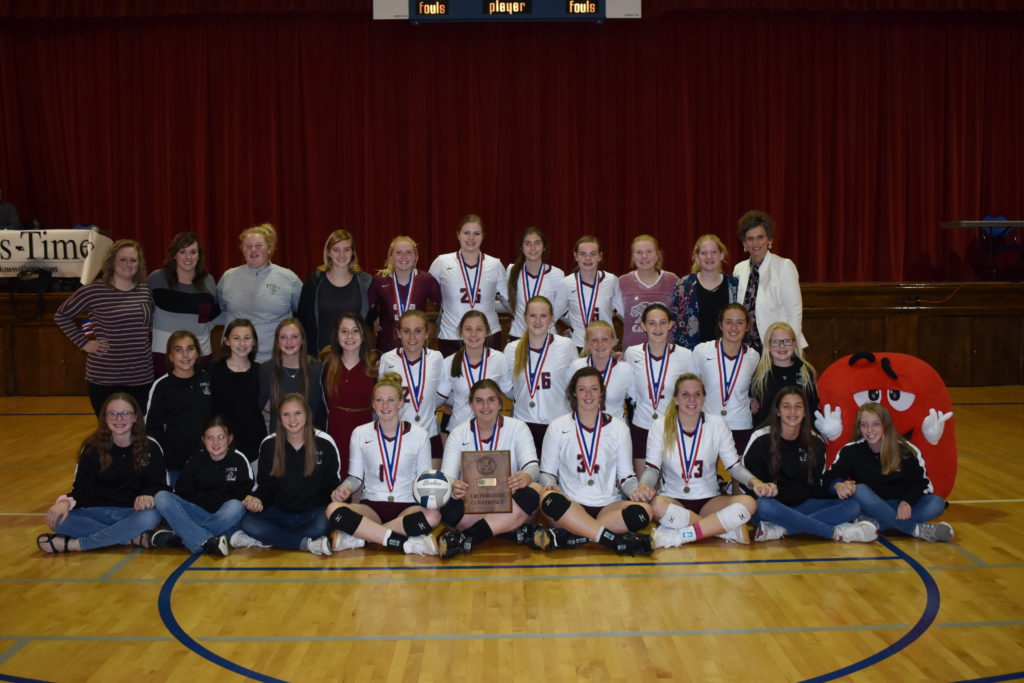 YORK- In 2018, BDS won the Crossroads Conference Volleyball Tournament over Exeter-Milligan via the sweep. This year the Eagles won the title game again but this time it was against Giltner, and it took five sets to decide a winner.

BDS came out and imposed their will in the first set winning 25-9. Then the Eagles won the second 25-23. Giltner then grabbed wins in the third and fourth set with the final scores reading 27-25 and 25-22. In the fifth and deciding set, BDS won 17-15.

For BDS, they were led by Macy Kamler as she had 24 kills and Regan Alfs recorded 23. Cassidy Tompkin had 18 for Giltner.

In the third-place game today, Meridian swept Exeter-Milligan three sets to none. In the two consolation matches, Dorchester swept Nebraska Lutheran and Hampton beat Shelby-Rising City two sets to none.