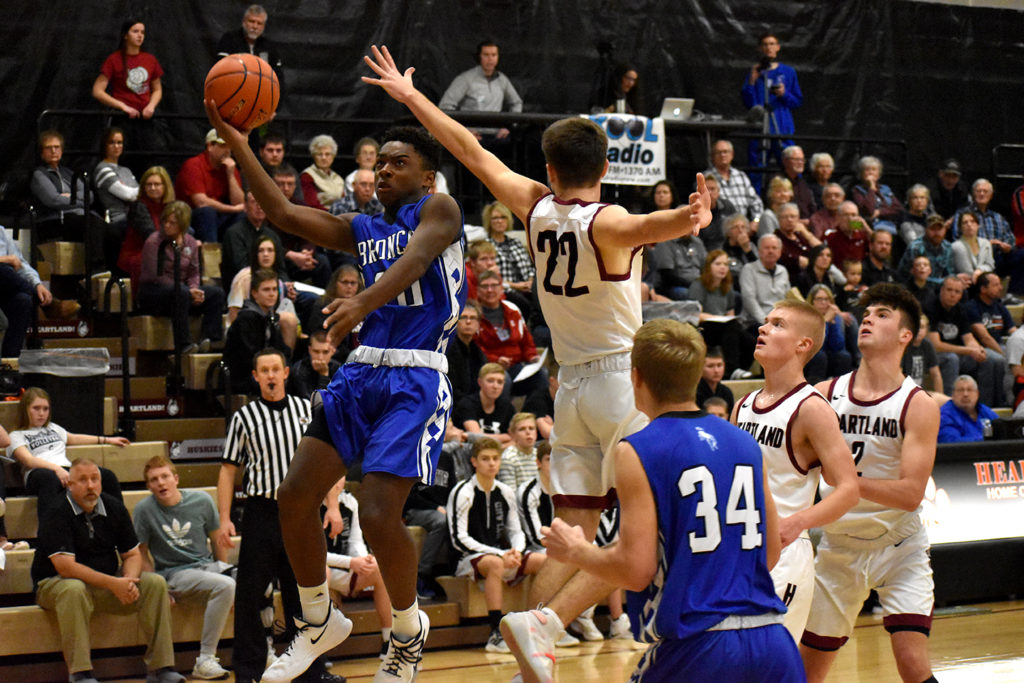 HEARTLAND- It was high school hoops, Saturday evening edition, as the Heartland Huskies hosted Centennial as both the girls’ and boys’ teams for the Broncos are rated in the top 10 in Class C2. For the Huskies, they dropped both games as the girls fell 61-32 and the boys’ game final score was 54-35.

In the girls’ game, #9 Centennial used a strong offensive output as they outscored Heartland by at least four points in each quarter. Odessa Ohrt had 14 points for Heartland. Kate Hirschfeld led Centennial with 16 points for the Broncos.

In the boys game, it was a 21 point outburst from Caleb Horne including five three-pointers for the #3 Centennial Broncos. Cooper Gierhan had 17 points as well for the Broncos. Jared Nunnenkamp led the Huskies with 11 points.

Heartland is off until next Saturday when they play Cross County. That game can be heard on KOOL Radio 103.5 FM and 1370 AM with tipoff for the girls’ game at 3:45 P.M. and the boys to follow. Centennial will face Sutton next Friday.