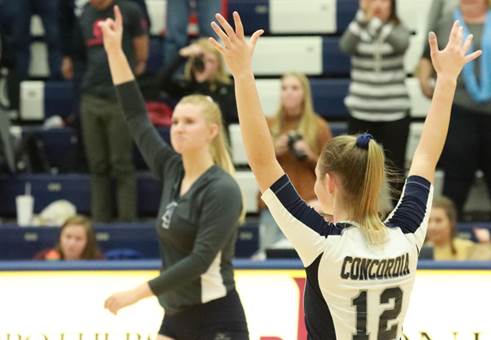 SEWARD, Neb. – The expectation within the Concordia University volleyball locker room will be to outperform what the 2018 version of the Bulldogs accomplished. At least to open up 2019, outside prognostications have Concordia placing about where it did a year ago. Head coach Ben Boldt’s squad landed at No. 8 (55 points) in the 2019 GPAC Volleyball Preseason Coaches’ Poll, announced on Tuesday (Aug. 6).

In the first season of Boldt’s tenure as head coach, the Bulldogs went 15-12 overall, including a 5-11 mark within league play. That record placed Concordia in a tie for seventh and resulted in it ending up as the No. 8 seed in the conference tournament.

The GPAC is undeniably one of the NAIA’s most challenging volleyball conferences. Last season the GPAC led all leagues with six bids to the NAIA Volleyball National Championship. The Bulldogs advanced to the opening round of the NAIA national tournament in 2015 for its first ever national bid. The program is still aiming for a first-ever appearance at the final site (Sioux City, Iowa) of the National Championship.

The ultimate goal is for the Bulldogs to eventually be a conference champion. That last happened for the program in 2000. Says Noyd, “On the court we have this goal for a GPAC championship. That is just something that when we’re in a rut during practice or Coach wants us to work harder, he always brings it up. I feel like that’s the overarching goal that I want for my senior season and for my team. My goal and what I’m hoping is just to give everything that I have for my teammates.”

The Bulldogs are slated to officially open the season on Wednesday, Aug. 21 when York College is scheduled to visit Walz Arena for a 7 p.m. CT first serve.