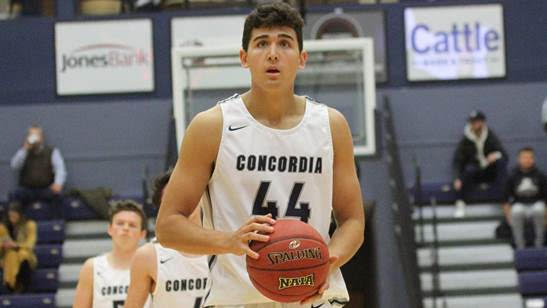 HASTINGS, Neb. – On day two at the Hastings College Classic, the Concordia University Men’s Basketball team had an answer when its opponent made a push in the second half. In an up-tempo affair, the Bulldogs shot 53.4 percent while out-gunning Friends University (Kan.), 102-82, on Saturday (Oct. 31) afternoon. Junior guards Carter Kent and Justin Wiersema led the way with 22 points apiece.

Head Coach Ben Limback’s squad opened its season this weekend in Hastings. Concordia (1-1) allowed a double-digit lead to slip away in Friday’s 72-69 loss to Tabor College (Kan.). One of the keys this time out was a big advantage in turnover margin.

“We know we have to get better at keeping the ball in front defensively,” Limback said. “But when we faced adversity today, the way we handled it was better. We tightened things up and we stayed together. Our offensive execution was much better. I was more pleased today with our response to adversity and our leadership in those moments.”

The Bulldogs showed off some firepower on Saturday. Juniors Justin Wiersema (22) and Klay Uher (19) either equaled or surpassed career high point totals while Carter Kent poured in 22 points of his own. Kent and Uher (who made his second career start) really got going after halftime. As part of a game-finishing stretch, Uher fed Kent with a pretty bounce pass, just like the old days at Crete High School. After the Falcons got within 65-63 at the 13:35 mark of the second half, Concordia outscored the opposition, 37-19, the rest of the way.

Friends (0-3) prefers a frenetic style of play. It also gave up over 100 points in a 119-89 defeat to weekend host Hastings on Friday. The Falcons needed to shoot better than 43.8 percent from the floor in order to keep up. They also were plagued by 22 turnovers compared to just seven committed by the Bulldogs. Ian Konek poured in 32 points while sinking 7-of-15 tries from long range. He was held scoreless for the final nine minutes of the game.

The backcourt for Concordia was superb. Kent, Wiersema and Scarpelli combined to shoot 18-for-34 from the field with one total turnover (10 assists). Those three sharpshooters were responsible for 12 of the team’s 13 3-point field goals. In his career day, Uher went 7-for-9 from the floor and 5-for-5 from the foul line while grabbing six rebounds. Off the bench, Cory Davila made all five of his shot attempts and put up 10 points in 15 minutes. Scarpelli and Gage Smith chipped in nine points apiece.

“I thought Klay and Justin were very solid offensively,” Limback said. “Klay finished at the rim against guys who were taller. He played really physical. It was nice to see him have a great game like that.

“We talked in our locker room about having more pride on the defensive end. We need to have a better sustained effort on the defensive effort than we showed this weekend and I think our guys learned that lesson. It’s good to learn that before heading into conference.”

Three nonconference games remain on the regular-season slate. The Bulldogs are scheduled to play at Peru State College at 7:30 p.m. CT on Wednesday. The 21st annual Cattle Classic is coming up next Friday and Saturday (Nov. 6-7). For more details on the event, including the full schedule, click HERE. 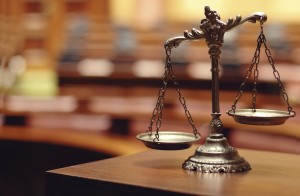 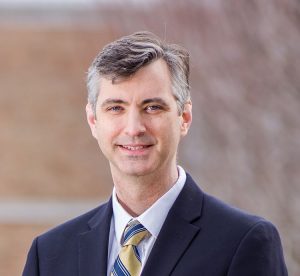