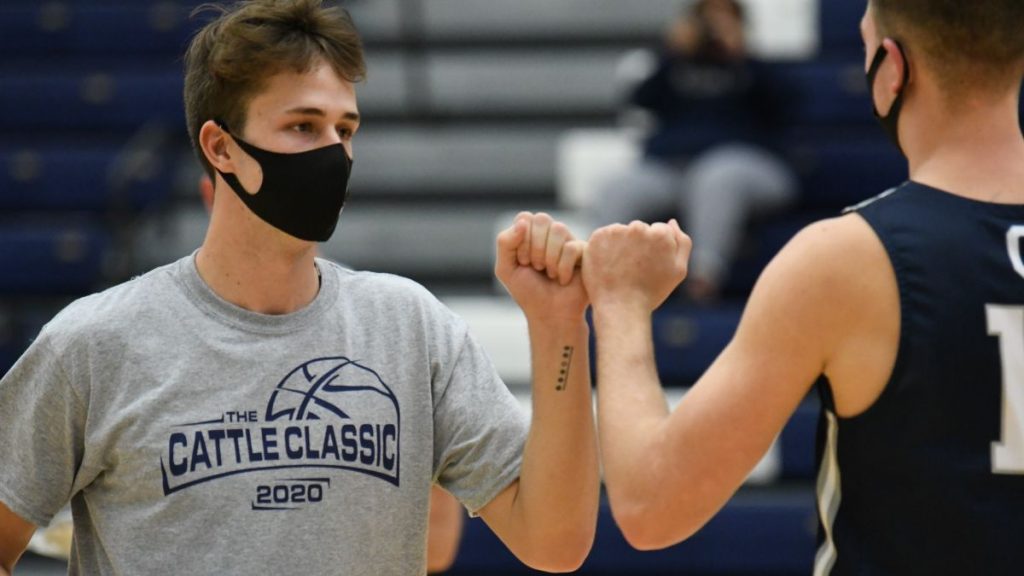 SEWARD, Neb. – A second-half breakout propelled the Concordia University Men’s Basketball team to a comfortable victory on Saturday (Nov. 7) at the 21st annual Cattle Classic. While the game was somewhat close in the first half, Concordia was in control throughout the contest. The Bulldogs cruised to a 90-65 victory over Manhattan Christian College (Kan.).

Junior Justin Wiersema had a breakout performance as he led all scorers with 23 points and recorded three rebounds, three steals and three assists. Junior Gage Smith also played a vital role in the victory as he cleaned up the glass with 19 rebounds.

Similar to last night, the Bulldogs got off to a slow start out of the gates. Concordia struggled to hit shots early, finishing the first half shooting 37.1% from the field and 28.6% from behind the arch. The Bulldogs took a 36-29 lead into the locker room at the half. Wiersema (14 pts) and senior Sam Scarpelli (10 pts) provided most of the scoring for the Concordia offense in the first half.

Concordia expected to dispatch Manhattan Christian in the matchup. Concordia did just that in the second half, as the Bulldogs exploded for 54 points. After going scoreless in the first half, junior Carter Kent broke out for 14 points.

“Coming out in the second half and knowing what we did wrong in the first half and doing what Coach Limback told us helped a lot,” Smith said. “I started attacking the glass and Justin Wiersema had an amazing half as well. Carter Kent also started knocking down shots for us. We just got settled and into our rhythm in the second half.”

The Bulldog faithful was brought to its feet with 6:26 left in the second half when Justin Wiersema rattled home an alley-oop from Sam Scarpelli. After which, Head Coach Ben Limback turned his Bulldog reserves loose in the waning minutes. As newcomers, Noah Schutte, Braeden Wiltse and Drew Wheeler all saw action in the final minutes.

While Concordia held a comfortable lead and won easily, Limback would like to see his team start stronger out of the gates as the Bulldogs have taken a while to heat up offensively in the beginning of games.

Smith believes that if the Bulldogs continue to embrace their individual roles then they will be a force going forward.

“Everybody has a role on the team,” Smith added. “I have to keep embracing my role of rebounding and if we put all of our roles together, we are going to be hard to beat.”

The Bulldogs will begin GPAC play on Tuesday as they host the Midland Warriors at 8 p.m. inside Friedrich Arena. The Warriors are 0-1 on the young season after dropping their season opener 83-77 to Grand View University.